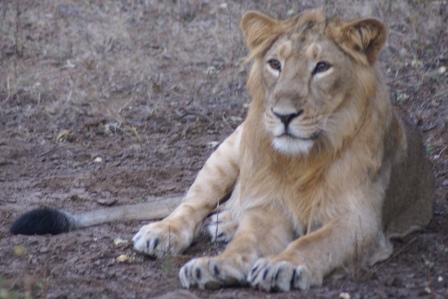 The Gujarat Government has demanded Rs.836.17 crore central assistance from the Government of India for the Lion conservation in Gir Sanctuary and National Park and for the unique Ring road surrounding it. The ring road will help in minimizing the man-animal clash and human activity in the region.

The State Government has recently pushed the central government again for these two ambitious projects.

The State Government in a formal communication wrote to the Ministry of Forest & Environment(MOEF) that,“ as per 2010 estimation Greater Gir area had about 411 Asiatic Lions.

The MOEF has provided only Rs.120.46 lakh as financial and technical assistance to the State Government for protection and conservation of Asiatic Lions in Gir forest in last four years.

Gir National Park and sanctuary area is 1412.13 Sq. Km. Six State Highways and some minor roads pass through the Sanctuary and used by the local people. Existing Highways passing though the sanctuary affect movement of animals and Forest cover, increase Wildlife mortality with the volume of traffic and increase possibility of poaching. To reduce this traffic a project of “Garland/Ring road” around Gir forest has been proposed.

The State Government wrote to the MOEF that, “The proposed garland/ring road is estimated to be a length of 269 Km. The estimated cost of project is about Rs.600.00 Crores. The said project has been duly recommended by State Board of Wild life and is sent to Union Government on 2-06-2009 for consideration. The ring road proposed 14 over passes and 16 under passes on specific migratory path locations for safe passages to wild life while crossing Highways and immunize the protected area from traffic playing through human interference.’’