Jaitley,Advani,Badal,Sushma,Hema among those to visit Modi on fast 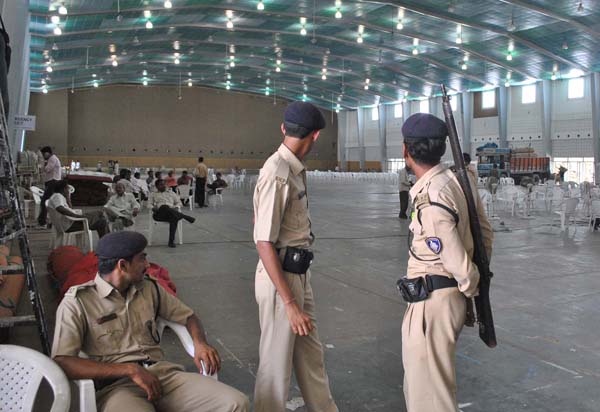 In response to Chief Minister’s appeal to join Sadbhavna Mission, many dignitaries, leading people of the society, saints and mahants have send well-wish messages to Chief Minister and have expressed their wish to join the fast. Messages of good wishes are coming not only from Gujarat but from the world over, Ministers said.

Despite of the devastating earthquake in 2001, communal riots in 2002 and a storm of anti-Gujarat defamation, Gujarat is progressing fast. Chief Minister has attributed this success to the hard work, peace, harmony and brotherhood of six crore Gujarati people, they said.

Chief Minister has made a public appeal to join the Sadbhavna Mission and has expressed wish that people’s support will give encouragement to the Mission.

AIDMK party’s leaders Thambidurai and Maitreyan will be attending Day 1 of Modi’s fast.