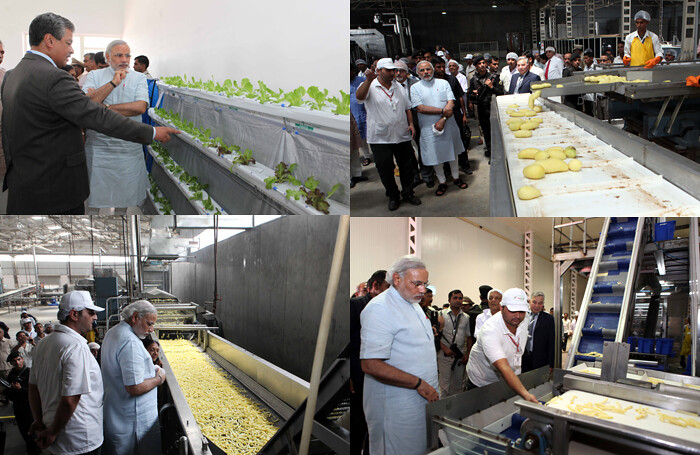 As per the announcement made on this occasion, this facility in Vadnagar – Sultanpur is the largest chilled & Frozen food Project of India.

-The plant has facility for growing mushrooms, processing potatoes and other vegetables and processing of milk to produce mozzarella cheese sticks, ‘paneer’ and frozen yoghurt.

-The plant has a storage facility for 2,000 tonnes of frozen products.

-The company has set up an export target of around Rs.600 crore annually from international market and has orders from the US, Singapore, Dubai and Malayasia.

-The company would launch its products in all major cities of India given the growing demand for them.