Injustice to Gujarat by centre, I couldn’t oppose as I was Congress MP:Vitthal Radadia 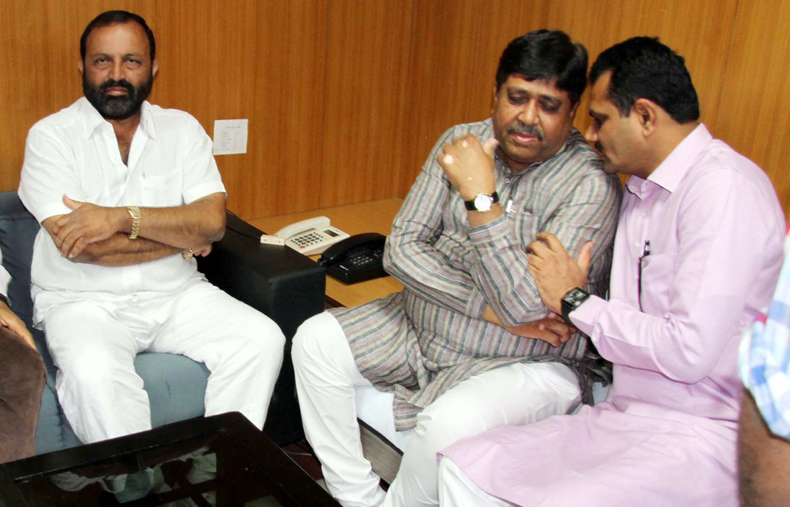 By our correspondent, Gandhinagar, 25 February 2013

In his two-page written statement after leaving Congress, Vitthal Radadia said ever since he went to Congress he felt Congress had different teeth to show and to chew like elephant. Radadia in his statement said:

“Gujarat and nation have seen and felt Shri Narendra Modi’s BJP government’s development. Even after many efforts of Congress, Voters in Gujarat have elected Shri Narendra Modi as Chief Minister for third time. On one side Narendra Modi has Gujarat’s good in his heart, and on the other side Congress has always worked for injustice to Gujarat by doing politics of negativism.”

“I have made representations on the issue of Narmada number of times and has asked Congress that they should not think it’s about Narendra Modi or BJP, and centre should help Gujarat for Narmada, and should accept Gujarat’s demand. As a farmer leader, I was naturally in favor of Gujarat and farmers’ good, but Congress only and only played politics and harmed Gujarat on the issue of Narmada.”

“The centre did injustice to Gujarat in many schemes. I personally was feeling that if Gujarat was given its rights, the state could receive many additional benefits. As I was Congress MP, I couldn’t oppose in public, but I have led attention of Congress leaders and ministers number of times.”