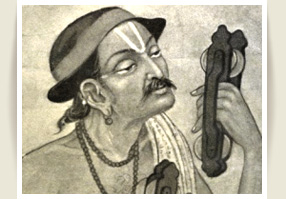 By our correspondent, Ahmedabad, 25 February 2013

Amdavad’s Vastrapur Lake will be renamed as ‘Bhakta Kavi Narsinh Mehta Sarovar’, and a statue of Kavi Shri Narsinh Mehta will be installed there on Tuesday, February 26. The statue has been made in cooperation with Shri Kutch-Saurashtra Vadnagara Nagar Mandal- Ahmedabad.

The event has been organized on the occasion of 603 birth day of Ahmedabad city. Singers Hemant Chauhan, Shyamal-Saumil-Aarti Munshi, Hasmukh Patadia will present a musical programme during the event.

Those in the area of art, literature, music who have shined the name of the city of Ahmedabad through their contribution will be honored in this function.