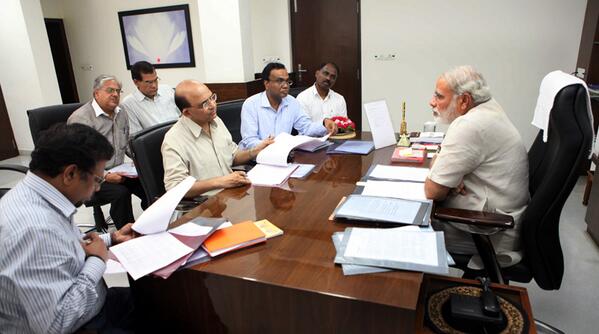 Even as the relief teams of Gujarat led by 11 IAS officers are working for the last six days in flood-ravaged Uttarakhand, Chief Minister Narendra Modi here today announced ex-gratia payment of Rs.2-lakh to the next of the kin of each person who died in the tragedy.

Addressing a high-level meeting of disaster management here to take stock of the situation in the hill state, he said that about 6,000 pilgrims from Gujarat have already come back, while another 2,500 are on the way and the remaining about 100 persons still stranded there are being contacted for their safe return.

The Gujarat Government’s Relief Camp started at Hardwar proved quite helpful to the pilgrims who were brought back home in chartered planes, private luxury buses and trains. The Gujarat team headed by Relief Commissioner would continue to work there till required.

Mr. Modi reiterated his government’s stand of extending all possible assistance, including medical staff, medicines and other provisions, to the people of Uttarakhand in their hour of tragedy. He also announced Rs.3-crore from the Chief Minister’s Relief Fund for the victims in Uttarakhand, in addition to Rs.2-crore he had announced on the first day.

He appealed to the people of Gujarat to generously donate to the CM’s Relief Fund, collect necessary household kits for the flood-hit and send them as early as possible through relief trains. He directed District Collectors of the State to coordinate and this humanitarian task.