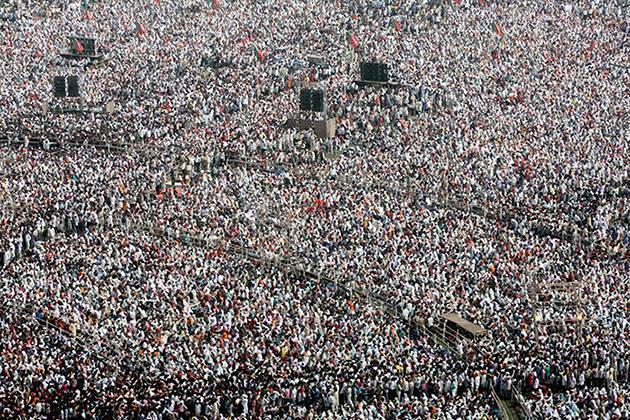 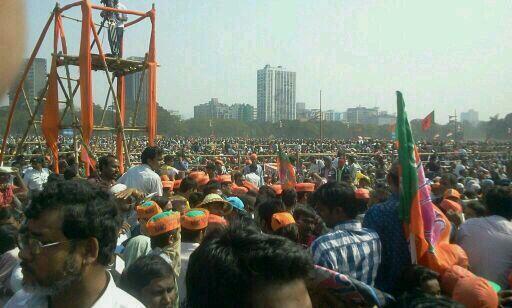 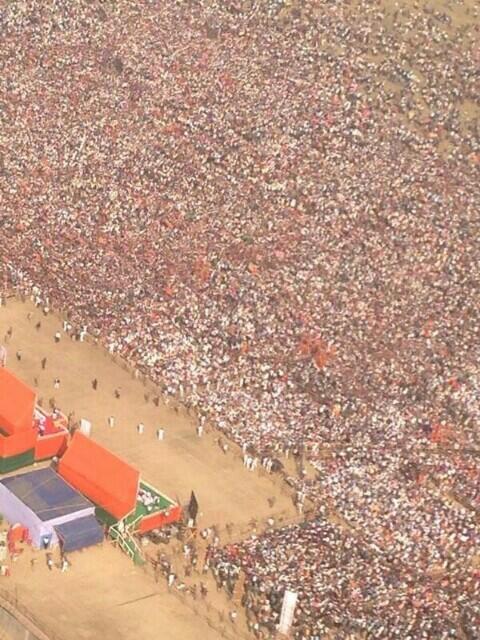 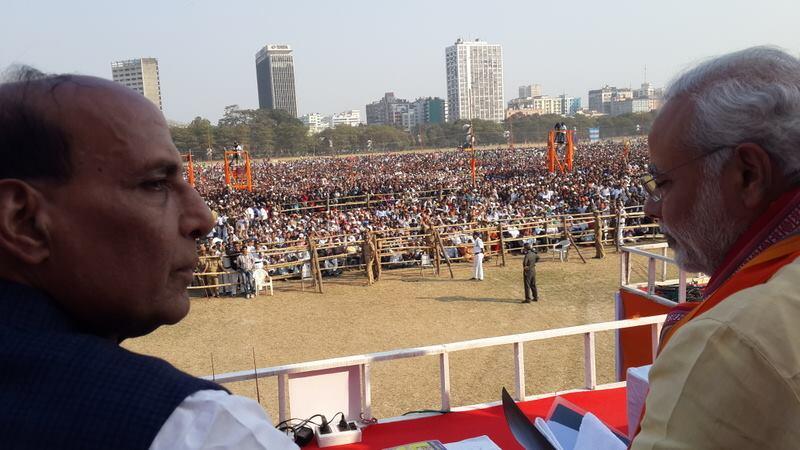 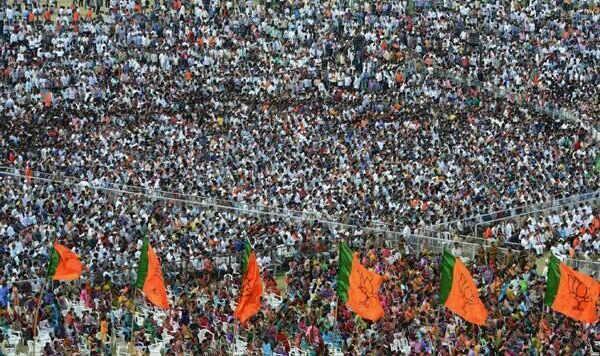 It is said that Modi and crowd are made for each other. The state where BJP has negligible presence in terms of elected representatives, offers this much of crowd to Modi’s rally. Even when the first line of seats were sold for money. Our friend journalist in Kolkata said Modi’s today’s rally will bring result if BJP selects good candidates. He said coverage of Modi’s rally in Bengali language newspapers will be crucial on Thursday. More people will get encouraged to join and vote for BJP following today’s rally, and tomorrow’s coverage in language print media. Local news TV channels are already showing excellent coverage of what Modi spoke. Whatever Modi said today in rally is welcomed by people of Bengal largely.