Ford plant in Sanand likely to be operational by April 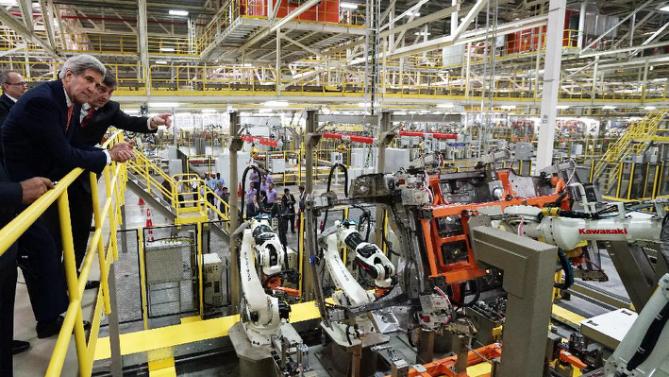 US Secretary of State at Ford plant in Sanand last month

According to reports, Ford’s new car manufacturing plant in Gujarat’s Sanand will be operational by April. The company is likely to produce New Ford Figo twins in this plant in next few months. Reports suggest the one car will be a hatchback and another will be a sedan. Ford Figo compact sedan will be launched in July, while hatchback model will set foot in the market in September. The upcoming Ford Figo hatchback will replace the current model and new compact sedan variant will phase out older Fiesta. Fiesta is rebadged and sold as Classic.

According to reports, both the cars are undergoing endurance tests in India wearing partial camouflage, during which both were spied.