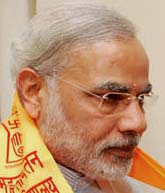 Chaitri Navratri will start this week-end.

Chaitri Navratri is one of two Navratris during year during which religious Hindus perform Jap, Tap. Its impacts are felt country wide. In Delhi you would find some discotheque cum bar closed during Chaitri Navratri. Prime Minister Narendra Modi observes fast during nine days of Navratri twice in year, once in the month of Chaitra and the other in the month of Aaso(when Gujarat witness Garba festival). All Shakti Piths in Gujarat, particularly Pavagadh in central Gujarat witness amazing rush of devotees during Chaitri Navratri. Extra ordinary rush of people is particularly seen on 8th day of Navratri at all mandirs of Goddesses across Gujarat.