Chaalo Gujarat 2015 to take Gujaratis on an optical voyage (Photos) Special preview of the exhibition that is slated to be organized at the fourth edition of “Chaalo Gujarat 2015”—World Gujarati Conference in New Jersey,was today showcased at the Andaz Party Plot on SG Highway in Ahmedabad.

Sharing more on ‘Chaalo Gujarat 2015’ Mr. Sunil Nayak, President, AIANA said, “This is for the first time that we have made a move of building a tempo as a precursor to the main event. We wanted to disseminate the aura and objective to a wider audience. It is a very special occasion for us and its magnitude has made me come here specially from US.”

Chaalo Gujarat’s date with New Jersey is set between July 31 and August 2, 2015, that is waiting to take over the senses.

As in earlier editions, Chaalo Gujarat 2015 promises to be one of the largest aggregations of the Gujarati community and beyond, portraying the art, culture, color, vigor and exuberance of Gujarat. A precursor, right here in Ahmedabad is however, waiting to woo one and all.

Ten feet murals of Somnath Temple and the Sun Temple of Modhera were erected as real images of the actual. In an innovative move among many more, vintage cars, Bullets and the legendary Rajdoot were also featured with traditional Gujarati artwork painted on them. Cultural programswere also held. A walk down the nostalgia lane with a bioscope, hand-pumps, by-cycles were replicated to create an aura of the bygone age. A painted side-car scooter was also the display for the cynosures.

A ten feet ‘Kitli’ was featured reflecting the Gujarati penchant for tea along with puppets as tall as ten to twelve feet and life-size animals to excite one and all.

“Through a precursor to the actual event that will be held in New Jersey later on from July 31 to August 2, 2015, we wanted a wider audience to experience the idea behind “Chaalo Gujarat” that was started in 2006. The preview of the exhibition will be a veritable destination to log into and get introduced to the traditions of Gujarat and the common interests that have bound not only members of the community but have generated interest beyond too. We saw good footfalls,” said Praful Nayak, chief, Association of Indian Americans of North America—India. 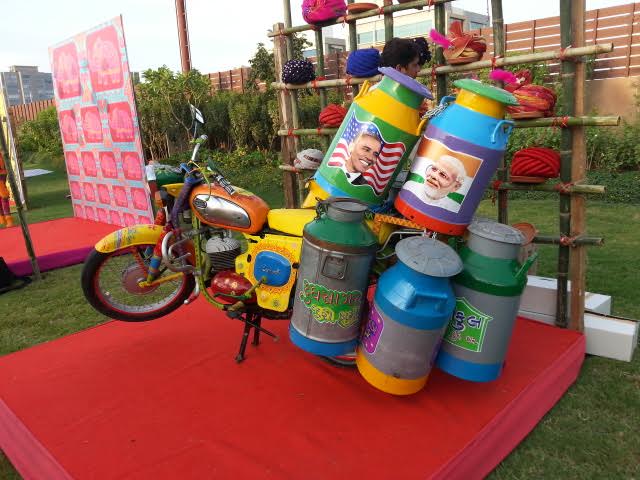 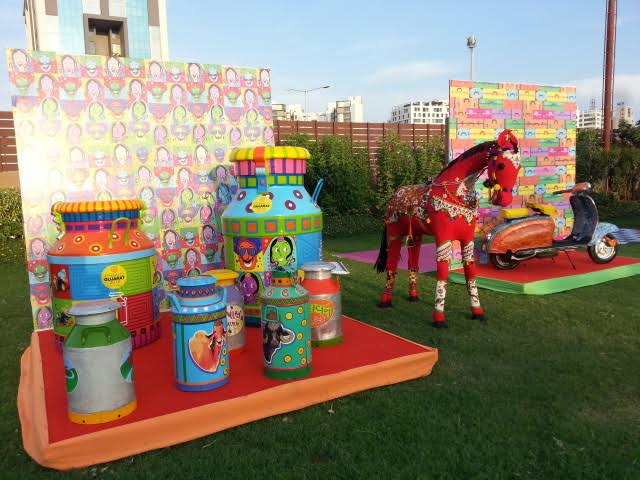 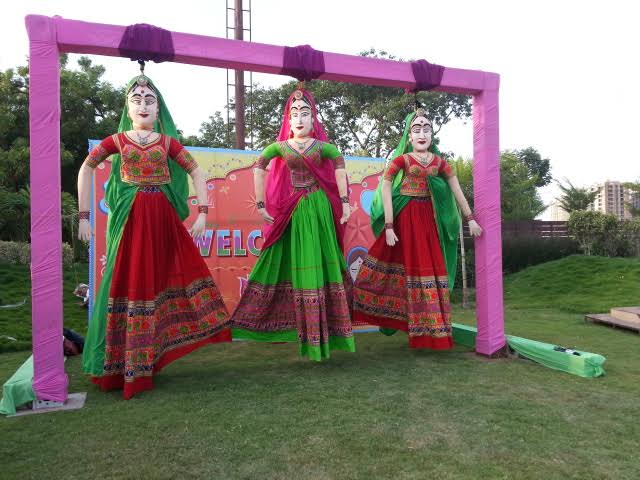 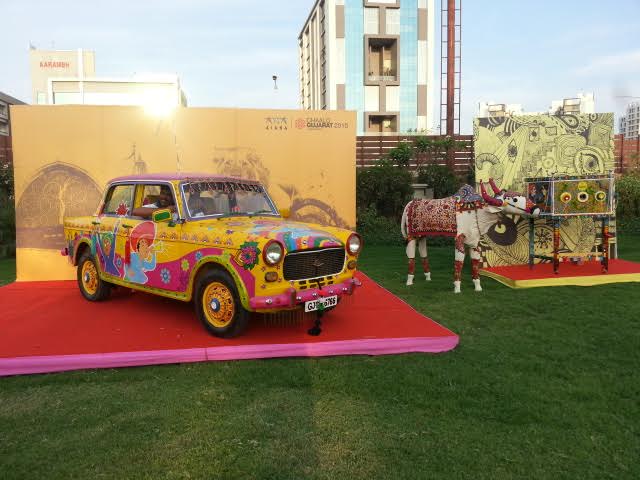 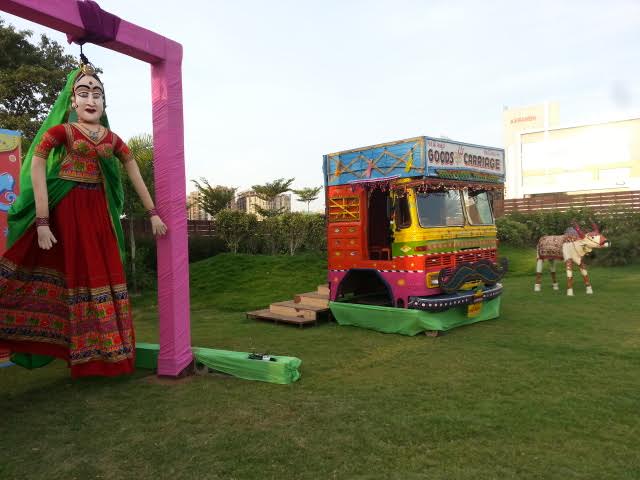 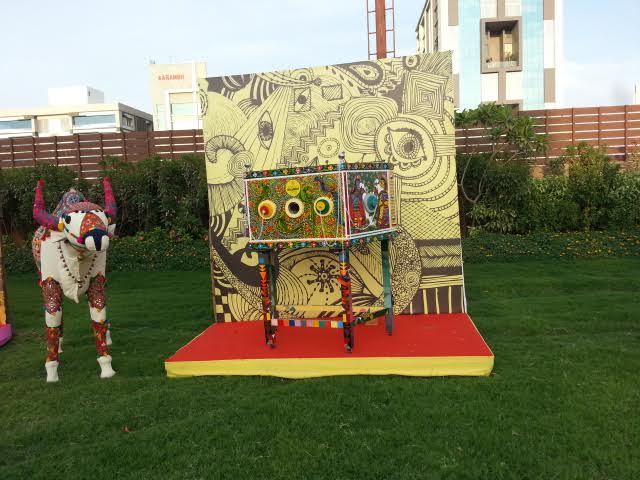 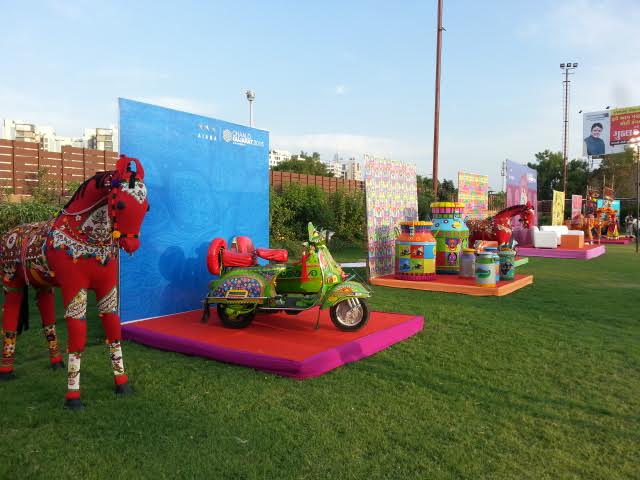