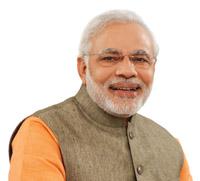 Prime Minister Narendra Modi will address elected heads of 500 civic bodies from across the country here on June 25, when he will launch the three flagship schemes for urban revamp, including smart cities and housing for all.

The event will see Modi addressing Mayors and Chairpersons of selected 500 corporations and municipalities to outline his vision for emerging urban India, including challenges to be overcome, and a two-day brainstorming session involving the stakeholders and experts.

“It marks a red-letter day in the history of urban development in the country with the simultaneous launch of AMRUT, PMAY and Smart Cities Mission,” Urban Development Minister M Venkaiah Naidu told PTI.

This reflects the integrated and convergence based approach of the government towards inclusive urban development. While AMRUT seeks to ensure basic infrastructure, PMAY enables the urban poor to own decent and affordable houses, he said.

The Prime Minister will also release operational guidelines for the three urban missions besides unveiling logos and tag lines, according to a senior Urban Development Ministry official.

“The two components – AMRUT and PMAY – enable the present cities emerge as smart cities in due course. Under Smart Cities Mission, quality of life will be enhanced in 100 identified cities and towns by ensuring quality infrastructure, improving services through application of smart solutions and enabling a clean and sustainable environment,” Naidu said.

Ministers of Urban Development, Municipal Affairs and Housing from all the states and Union Territories besides elected heads of 500 municipal bodies, principal secretaries dealing with urban matters, commissioners of municipal bodies, other senior officials will attend the launch and the two-day intensive interaction on new urban initiatives that will follow.

Ambassadors and High Commissioners of 15 countries who have shown keen interest to be associated with the Smart Cities Mission and other urban development efforts of the Government have also been invited for the launch of the three Missions.

Keeping in view the important role to be played by the states and urban local bodies in the effective execution of new urban missions, the UD Ministry has organised consultations on June 25 and 26 on various aspects of their implementation.

In addition, there will be extensive presentations and discussions on 15 themes and issues including: PPP Model, Smart Solutions and City Challenge Competition and Role of Special Purpose Vehicle for Smart Cities development, City and State Level Planning for AMRUT, Devolution of resources to States and Urban Local Bodies by 14th Finance Commission.

There will be presentations of case studies relating to local area planning in Ahmedabad, redevelopment of Bhendi Bazar in Mumbai, innovative citizen driven solutions and property tax collection enhancement by Hyderabad and development of New Town of Kolkata.

Other cases to be highlighted are action plan for open defecation free cities of Chhattisgarh, promotion of public toilets in Tamil Nadu and community toilets in Pune, water supply scheme of Nagpur, conversion of waste to compost in Karnataka, waste to energy, waste recycling plants of Delhi, waste to wealth conversion experiences of the US, Europe and China etc.

The two-day consultations are aimed at sensitising the elected and executive heads of Corporations and Municipalities towards the challenges of management of urban transformation in the country and the roles they would be required to play.

Naidu will address the participants outlining the paradigm changes made in the designing and execution of new urban missions and the importance of urban reforms to be implemented to improve urban governance and delivery of services.

Besides, Union Ministers Anant Kumar, who is also former Urban Development Minister, and Piyush Goyal will also address the participants during the consultation sessions.

Union Cabinet has cleared Smart Cities Mission with a Central Outlay of Rs.48,000 cr for the next five years and AMRUT with an outlay of Rs 50,000 cr.

The urban component of Pradhan Mantri Awas Yojana targeting construction of 2 crore houses for Economically Weaker Sections and Low Income Groups has been approved with a substantially increased interest subvention of 6.50 per cent for affordable housing loans.

Central help under this scheme will range from Rs 1 lakh to Rs 2.30 lakh per each house to be built over the next 7 years.

500 cities and towns, with a population of one lakh and above each accounts for 73 per cent of urban population of the country and are also the main focus of the Government under AMRUT to ensure basic infrastructure and for housing in the initial years of Pradhan Mantri Awas Yojana.