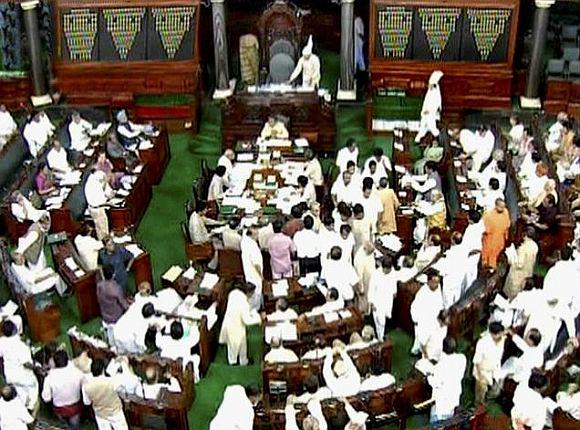 A parliamentary panel has recommended a hike in the salaries of MPs by almost 100 percent, sources said on Thursday.

The panel, headed by BJP leader Yogi Adityanath, also recommended around 75 percent raise in pensions and an automatic mechanism for salary hike for MPs.

“A hike has been long overdue. The salary at present is Rs.50,000 which is not a lot in present times,” said a member of parliament.

Other benefits include 50,000 free calls from an allotted landline phone, 50,000 units of free electricity and 4,000 kilo-litres of free water.

The Rs.2,000 daily allowance during sessions has been recommended to be doubled to Rs. 4,000.

The panel has also suggested that the health benefits the lawmakers avail of via the Central Government Health Scheme should be extended to their children and grandchildren as well.

Informed sources said some MPs submitted to the panel that while they were given a first class ticket to travel by train, their companions, even if it was the spouse, can travel only second class.

The recommendations of a parliamentary panel are, however, not mandatory for the government to act upon.

However, not all panel members shared the same view.

According to sources, Communist Party of India-Marxist leader K.N. Balagopal suggested that MPs themselves should not decide their salary and allowances and that should be done through an independent mechanism.

JD-U leader K.C. Tyagi, according to the minutes of the meeting, also suggested an independent body should be constituted to decide the salary and perks of MPs.

Sources added that some members of the panel contended that since India was a member of the Commonwealth of Nations, the salary and allowances of its MPs should be at par with their counterparts in the member countries.