1,000 ha land acquired for national highways in Gujarat in 3 years

There has been more than 1,000 ha of land acquired for National Highway projects in Gujarat in three years(2012-2015).

The details of land acquired by the National Highways Authority of India (NHAI) during the last three years and the current year is as below: 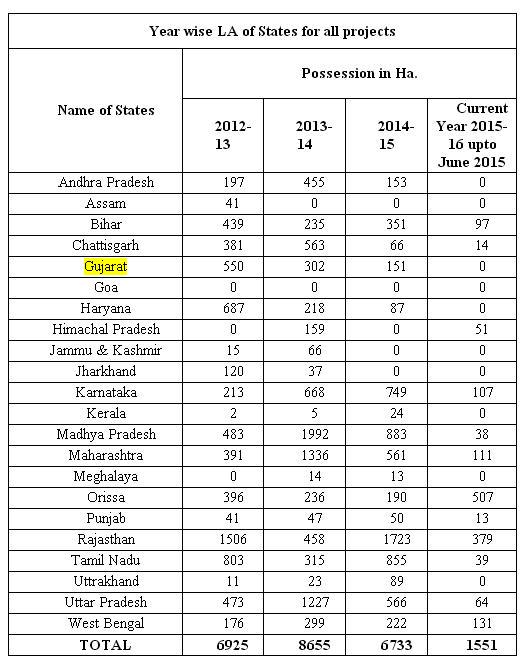 NHAI has taken up the issue of delays in land acquisition with the higher authorities of the State Governments. Regular meetings have been held at higher levels for speeding up the acquisition of land. The measures taken up are as follows:-

-Regional offices headed by CGM (Tech) have been set up for effective monitoring of implementation of projects;

– Special Land Acquisition Units set up in some States;

This information was given by Minister of State for Road Transport & Highways, Shri Pon. Radhakrishnan in a written reply to a question in the Lok Sabha.