PM Modi to distribute loans under MUDRA in Dumka

Prime Minister Narendra Modi will inaugurate the distribution of loans worth Rs 212 crore among more than one lakh people under the Mega MUDRA Yozana (Micro Units Development & Refinance Agency Limited) in Jharkhand tomorrow.

Modi, who would first visit Khunti at 11 AM before flying to Dumka, would also inaugurate distribution of free LPG connections to families under the Below Poverty Line (BPL) from Dumka. 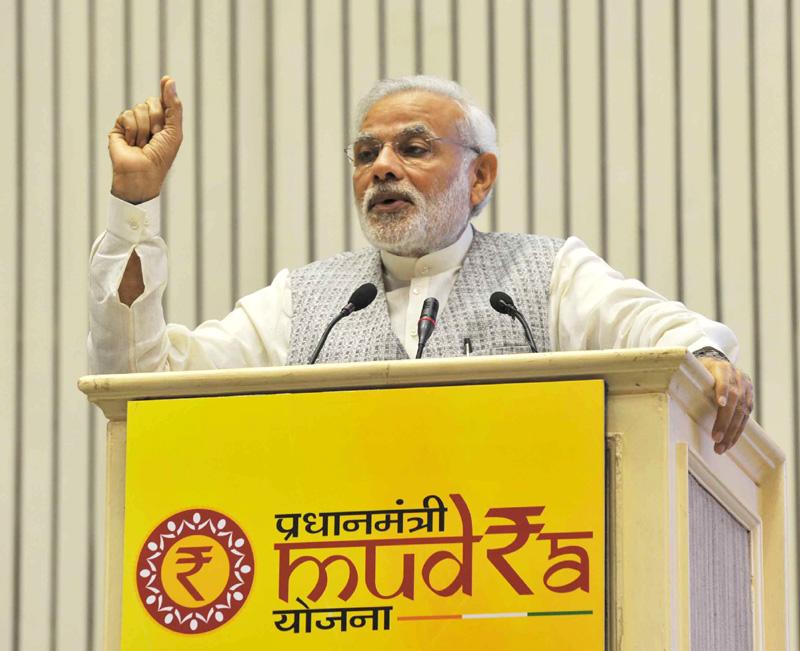 “Under the Food Security Act, one lakh BPL families will be given free LPG connections this fiscal, and the Prime Minister will inaugurate it from Dumka,” Das said.

The Union Petroleum Ministry’s contribution was Rs 1,600 and the state’s was Rs 918.50 per beneficiary for the free distribution of cylinders to BPL families, but the beneficiaries have to purchase the ovens, Das said.

In Khunti, Modi would inaugurate the Rs 2.22-crore worth 180-KW Rooftop Solar Photovoltaic System for Khunti Court and the District Collectorate.

“Perhaps, the Khunti Court will be the first in the country to get solar energy…the court and the collectorate will each get 90-KW of electricity,” Das said as he greeted the people on the eve of the birth anniversaries of Mahatma Gandhi and former Prime Minister Lal Bahadur Shashtri.