There is also a very strong environmental angle for not eating beef.

The United Nations Environment Program (UNEP) has dubbed beef as a ‘climate harmful meat’. It is very energy intensive to produce every gram of beef, on an average every hamburger results in 3 kg of carbon emissions to the atmosphere. Today, saving the planet is really about ensuring sustainable consumption and meat production is unfortunately a highly energy intensive exercise.

Meat eaters in general and beef eaters in particular are among the most unfriendly to the global environment, reports the United Nations body, the Food and Agriculture Organisation (FAO) in Rome. It may come as a surprise but globally beef production is one of the leading culprits for climate change.

Experts suggest that giving up beef will reduce the global carbon footprint on earth far more than avoiding use of cars!

Here is why, if one examines the numbers closely livestock production contributes more towards global warming than does the transport sector in total, through emissions of gases that result in changing the climate.

According to FAO, the livestock sector is responsible for 18 per cent of the global greenhouse gas emissions as compared to the transport sectors’ 15 per cent. In a study ‘Livestock’s Long Shadow: Environmental Issues and Options’, the FAO concludes that “the livestock sector is major player (and its contributions to climate change has) a higher share than transport”.

Earth lovers are voicing their concern and shaming meat eaters, most recently Laurence Tubiana. The charismatic French Ambassador for Climate Change Negotiations for the big climate summit to be held in a few weeks in Paris said, “This over consumption of meat is really killing many things (there has to be a campaign) that big meat consumers should stop that. At least try one day without meat.” 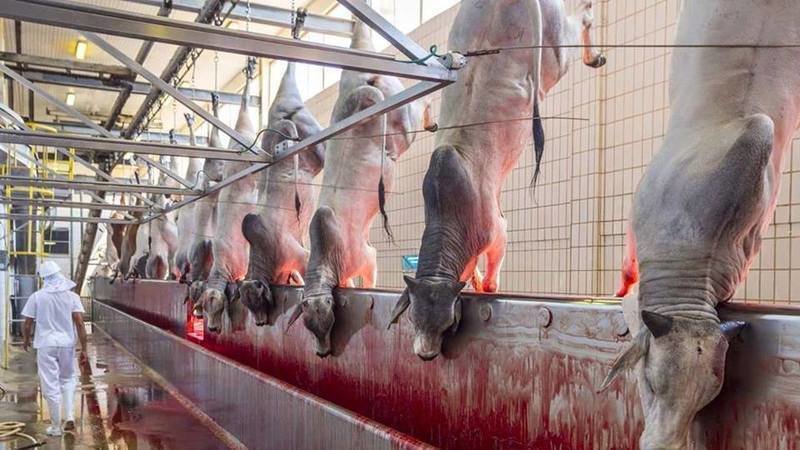 According to a 2012 estimate by Ministry of Agriculture, India is home to 512 million livestock of which cows and buffaloes together account for 111 million animals. Most of the animals in India are not reared for slaughtering, but prized for milk and ploughing. UNEP estimates that in 2012 the world was home to 1.43 billion cattle.

So do not start feeling guilty that Indians are highly environment friendly when measured on the scale of meat eating and livestock numbers. A landmark 2012 study ‘Growing greenhouse gas emissions due to meat production’ by UNEP finds that on an average Indians consume only 12 grams of meat per person per day which is almost 10 times lower than the global average of 115 grams.

In comparison, the US leads with over 322 grams of meat being eaten per person per day with China at about 160. Hence, on an average a meat eating American contributes 25 times more to global warming as compared to a non-vegetarian Indian.

A 2012 estimate by the Department of Animal Husbandry, Dairying and Fisheries says the country produced 5.9 million tonnes of meat of which poultry’s (mostly chicken) contribution to the total meat production is about half with less than 5 per cent of the meat coming from beef. 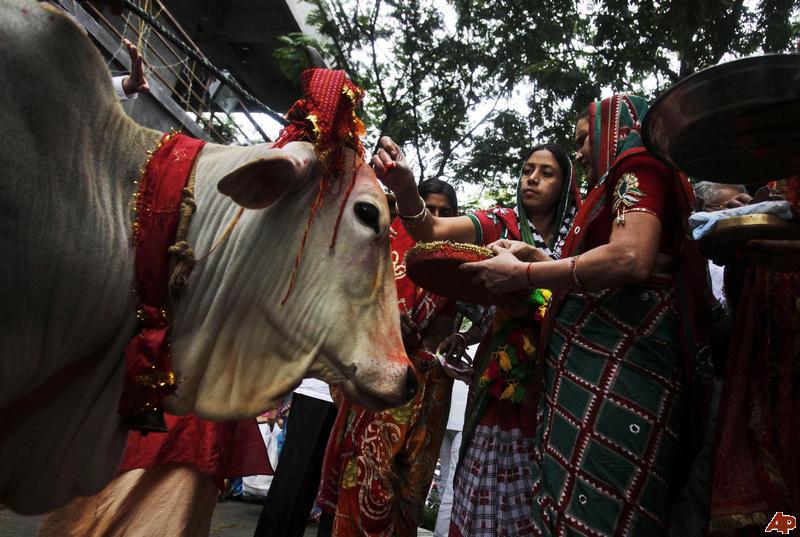 In comparison in 2009, the world produced 278 million tonnes of meat, which means that India accounts for just about 2 per cent of the world’s meat production while housing 17 per cent of the world’s population. There is no doubt that meats provide the vital protein and nutrients needed for proper human development. Milk is a healthy substitute.

It may sound astounding but beef production on an average requires 28 times more land and causes 11 times more global warming as compared to other livestock categories found a 2014 study by the prestigious Yale University in US, published in the Proceedings of the National Academy of Sciences which concluded that “minimising beef consumption mitigates the environmental costs of diet most effectively”.

Tim Benton of the University of Leeds, UK, not associated with US study felt “the biggest intervention people could make towards reducing their carbon foot prints would not be to abandon cars, but to eat significantly less red meat”.

Beef production is also bad for water conservation since cattle rearing for beef require almost 10 times more water as compared to staple crops like wheat and rice. In contrast, pork production uses three times less water as compared to beef ranching. Cattle also emit a highly potent climate changing gas called ‘methane’ in their farts and through belching. Also called ‘marsh gas’ this inflammable gas is produced in the guts of cattle by the bacteria as they digest the food of ruminants and methane is 21 times more potent than carbon di-oxide in causing global warming.

Using data from a Swedish study the UNEP says “in terms of greenhouse gas emissions the consumption of 1 kg domestic beef in a household represents automobile use of a distance of 160 kilometers”.

This means a car traveling all the way from New Delhi to Agra would cause about the same amount of global climate change as is done by consuming just one kg of beef! No wonder beef is considered highly environmentally un-friendly.

Nevertheless, at the same time in dry and arid regions of the world livestock are considered a ‘savings bank’ by local people as they form part of the life-saving kit to overcome the harsh environment.

Meat eating may not be ‘green’ but as more and more people become affluent, meat is becoming chic and fashionable.

FAO estimates that by 2050 the global meat consumption will rise to 460 million tonnes. The, global environment watchdog the UNEP recommends a shift to ‘less climate harmful’ meats and emphasises that “healthy eating is not just important for the individual but for the planet as whole”.