Vistara to withdraw from Ahmedabad-Mumbai route

Flight services to Ahmedabad from Mumbai are not part of the airline’s winter schedule that comes into effect from the last Saturday of this month, Vistara said.

Mumbai and Ahmedabad were the first two airports Vistara had launched its flight services to from its Delhi base in January this year. 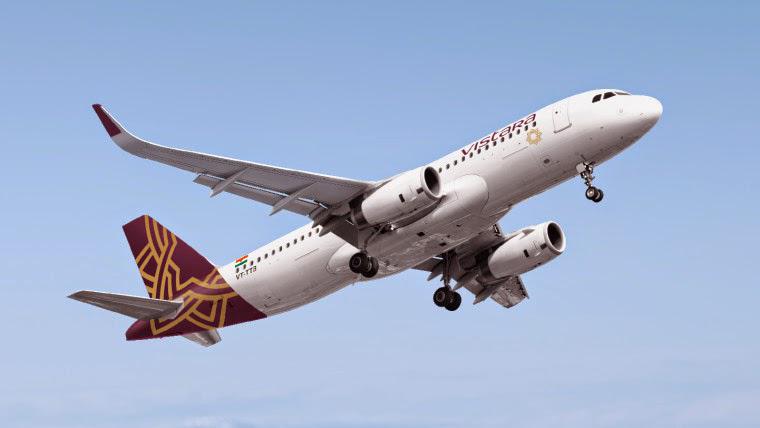 Vistara is making network adjustments during the northern winter operating season, the airline said, adding as part of this change, the Ahmadabad-Mumbai route will be suspended until further notice due to operational reasons.

Earlier, the airline had reduced the frequency on this route to one flight a day as against double daily.

Jet Airways, GoAir and IndiGo are the other airlines, besides Vistara, operating flights to Ahmedabad from Mumbai.

While the airline had recently termed its performance as “good” in a competitive environment, almost 40 per cent of the seats on its aircraft have gone empty during this period.

Currently, the airline has a fleet of seven A320 aircraft.

During January-August period, Vistara’s average load factor — an indicator of seat occupancy — hovered around 60 per cent. In August, it stood at 62.9 per cent.

“It has been a very short period for the airline. (It is) very early days. We are happy generally the way things have gone…. We have been operating in a very competitive environment,” Vistara chairman Prasad Menon had said last week.

Tatas hold a majority 51 per cent stake in Vistara – a joint venture with Singapore Airlines, which holds the remaining 49 per cent.

Currently the airline is operating flight services to 11 destinations which include services to Ahmedabad from Delhi and Mumbai.

“Vistara remains committed to the Ahmadabad market and will be re-timing its departure timings from Delhi to Ahmadabad to offer choice morning and evening timings in both directions, whilst improving connections from Ahmadabad to points such as Varanasi,” the airline said.

At the same time, Vistara has enhanced frequencies on certain routes and added more destinations in the winter schedule, it said.

The changes to the winter schedule will also see increase in frequencies and connectivity on Vistara’s existing routes, it said, adding it would operate eight flights per day on the key Delhi-Mumbai route among others.