PM to launch ‘India gold coin’, other schemes on Nov 5 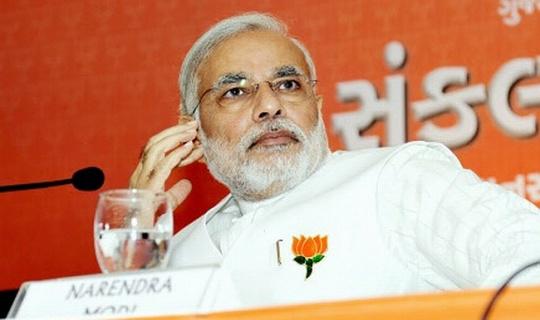 Prime Minister Narendra Modi will launch the first ever ‘India gold coin’ bearing Ashok Chakra and other schemes on November 5.

Besides launching Ashok Chakra bearing coins of 5 gm and 10 gm, Modi will also launch Gold monetisation and Sovereign Gold Bond schemes with a view to mobilise a part of 20,000 tonnes of idle gold lying with households and temples, sources said.

“The government will launch gold monetisation, gold bond scheme and Indian gold coin scheme on November 5 to cash in on diwali fervour. The schemes will be launched by the Prime Minister,” sources said.

As far as the coin scheme is concerned, initially it would be available in 5 gm and 10 gm, the source added.

“Security printing and Minting Corporation of India Ltd will be minting these coins. 20,000 coins of 5 gm and 30,000 coins of 10 gm would be made available,” the sources said.

They added that these coins would be cheaper than market rate and will be distributed through branches of banks and post offices.

India is a major consumer of gold. People buy the precious metal on different festivals, marriage and also for investment purpose.

The government had in September cleared the gold monetisation scheme aimed at tapping part of an estimated 20,000 tonnes of idle gold worth about Rs 5,40,000 crore into the banking system and also issuing sovereign bonds as an alternative to the precious metal.

Sovereign gold bonds will be offered in tranches and the interest would be payable in the rupee.

As regards the sovereign gold bond scheme, the government aims to raise Rs 15,000 crore and the timing of the launch will be decided in consultations with the Reserve Bank.

The decision to issue Indian gold coins and gold monetisation and bond scheme follows an announcement made by Finance Minister Arun Jaitley in his 2015-16 Budget speech.