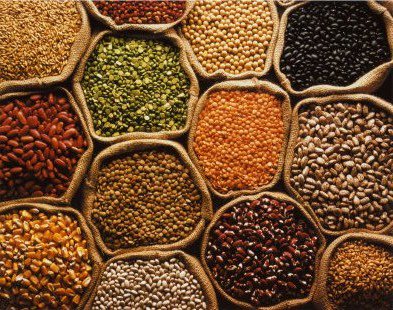 The Maharashtra government seized 23,340 tonnes of pulses during 276 raids carried out in 16 districts yesterday, which pushed down retail prices of tur and urad dals by up to Rs 3 per kg in Mumbai today.

“The state government has said 276 raids carried out to check hoarding of the commodity in 16 districts yesterday has resulted in a seizure of 23,340 tonnes of pulses,” a senior Consumer Affairs Ministry official told PTI.

Much of the seized pulses were unmilled, largely from Mumbai, Thane and Panvel. Raids in other districts in the state are continuing, the official said.

The official further added that the stringent action against hoarders and blackmarketeers will definitely improve availability of pulses and ease pressure on prices.

The Centre is also pursuing with other state governments to step up enforcement of the Essential Commodities Act and take action against hoarders, the official added.

Due to de-hoarding measures, retail prices of tur dal today fell by Rs 3 per kg to Rs 175 in Mumbai today from Rs 178 per kg yesterday, as per the data maintained by the ministry.

Similarly, urad prices have declined by Re 1 per kg to Rs 165 today from Rs 166 yesterday while masoor dal and gram dal were ruling unchanged at Rs 100 and Rs 72, respectively, today.

Prices have shot up due to fall in output by two million tonnes in 2014-15 on deficient and untimely rains.