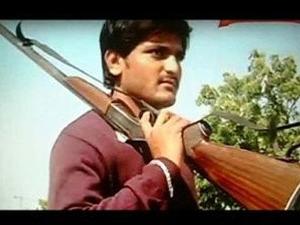 A local court tonight remanded the Patel agitation leader Hardik Patel in police custody till October 23 in connection with the sedition case against him for allegedly instigating a Patel youth to kill policemen.

Judicial magistrate J K Christian ordered to send Hardik in the custody of police till 4 pm on October 23 on a remand petition filed by the Surat Detection of Crime Branch (DCB) seeking seven-day remand.

During the hearing which took place late in the evening, prosecutor Nayan Sukhadvala submitted that the probe agency needed to interrogate him to find out whether anybody else was involved in “hatching the conspiracy to kill policemen”.

Hardik had given inflammatory statement before TV cameras and the statement itself was akin to acting against the interests of the country, he said.

DCB was going to conduct ‘voice spectrography test’ of Hardik at FSL to validate the evidence of TV footage, he said.

Yashvant Singhvada, Hardik’s lawyer, opposed the plea and said the government had slapped the sedition charge only to suppress Patels’ movement. The alleged statement was against the police but not the government or the country, he argued.

Hardik was produced before the court after six-hour-long interrogation by DCB officials at Hajira police station, where he was kept for security reasons.

The 22-year-old leader had on October 3 allegedly advised a Surat-based youth from his community to kill cops rather than killing himself. “If you have so much courage…then go and kill a couple of policemen. Patels never commit suicide,” Hardik allegedly told Vipul Desai, who had announced that he would commit suicide in support of the agitation. Hardik’s this advise was recorded with sound in video camera of a news channel.

The FIR in the case was registered 16 days later.

Hardik’s petition against the sedition charge would be heard by the Gujarat High Court tomorrow.