In a bid to surpass competition from China and other countries keen to be part of the first bullet train project, Japan has offered financial support besides technology for India’s ambitious rail project.

Japan has offered to finance Mumbai-Ahmedabad high speed rail corridor estimated to cost about Rs 90,000 crore at an interest rate of less than one per cent, sources in Railway Ministry said.

Japan International Cooperation Agency (JICA) in its report submitted to the Railway Ministry has envisaged a reduction in the travel time on the 505-km long corridor between the two western cities to two hours from the existing period of over seven hours.

The bullet train is expected to run at speeds of around 300-350 km/hour. 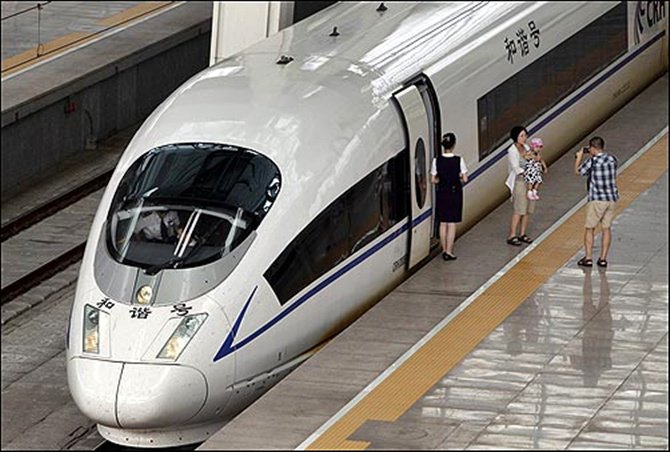 Though there are many countries offering the high-speed technology for the bullet train project, it is Japan which is offering both technology and funding together, they said.

However, they said, a decision on the project is yet to be taken by Railways because it will be decided at the highest level in the government.

The JICA team had presented the report in July to the joint monitoring team here where a detailed presentation was made on traffic forecasting, alignment surveys and comparative study of high-speed railway technology.

According to officials involved in the high-speed rail corridor project, Japan has offered to meet 80 per cent of the Mumbai-Ahmedabad project cost, on condition that India buys 30 per cent of equipment including the coaches and locomotives from Japanese firms.