Over 50,000 tonne pulses seized from hoarders so far 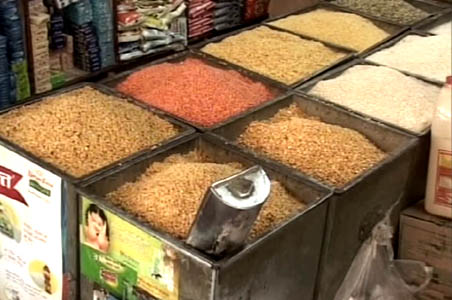 Over 50,000 tonnes of pulses, mostly imported tur dal, have been seized from hoarders in raids across 10 states even as retail prices on Friday showed no signs of abating and continue to rule at Rs 210 per kg.

In order to assess the availability of imported pulses, Finance Minister Arun Jaitley on Friday held two rounds of meetings, first with importers and later with officials of ministries concerned.

The Cabinet Secretary also reviewed the prices situation and dehoarding measures being taken by the state governments.

Importers during the meeting with the Finance Minister offered to supply 1 lakh kg of imported tur dal at Rs 135 per kg on daily basis to government agencies, while demanding exemptions from stock holding limit on them.

About 7,033 tonnes of lentils were seized from Maharashtra, 5,487 tonnes from Karnataka, 2,051 tonnes from Rajasthan and 764 tonnes from Haryana, a statement said.

“As a result of action taken by states, there has been a decrease of about Rs 200/quintal in mandi rates in Mumbai and also in futures trading of chana,” the statement said.

Retail prices of pulses have also declined in Maharashtra, Gujarat, Karnataka and Andhra Pradesh, it added.

After the meeting with Jaitley, Mumbai-based Indian Pulses and Grains Association Chairman Praveen Dongre said: “Pulses prices will come down only if there is smooth availability of imported dals. Therefore, pulses imports and importers should be exempted from the stock holding limit.”