India is set to sign a deal with Japan this week on the country’s first bullet train, with Tokyo financing the bulk of the high-speed-rail project between Mumbai and Ahmedabad through a USD 8 billion loan, a leading Japanese business daily reported today.

Prime Minister Narendra Modi and his Japanese counterpart Shinzo Abe will issue a joint statement on the deal on Saturday during latter’s visit to India, The Nikkei reported.

Abe will convey an offer of more than USD 8.1 billion in official Japanese lending for the roughly USD 14.6 billion project to link Mumbai and Ahmedabad with 505km railway line, it said.

“The two sides are discussing financing terms that would disburse about 100 billion yen a year over a decade or so. 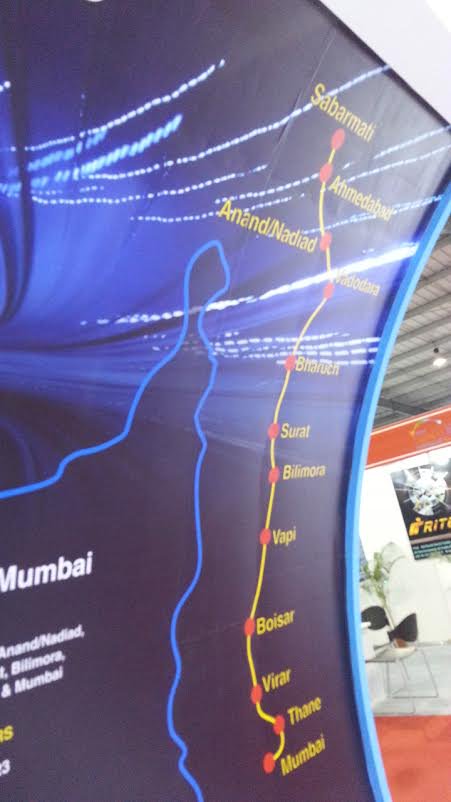 Senior Abe adviser Hiroto Izumi and Japanese foreign ministry officials on Monday wrapped up a trip to India, during which they discussed financing and other aspects of the project,” the daily said.

A deal with India would be the second successful case of Japan exporting its bullet train technology to a foreign market, following a deal with Taiwan in 2007.

Japan failed to win a high-speed train deal in Indonesia earlier this year, losing out to a Chinese proposal.

India ranked as the second-biggest recipient of Japanese- government-backed yen loans as of fiscal 2013, with a running total of 4.45 trillion yen, the business daily said, citing Japan’s Ministry of Foreign Affairs.

The railway loan deal could propel it ahead of the largest borrower, Indonesia, which had a 4.72 trillion yen tally.

Once India decides to adopt Japanese train technology, it will hold a tender for contracts. A consortium including JR East, Kawasaki Heavy Industries and Hitachi is expected to bid, the daily added.

The Japan International Cooperation Agency and India’s rail ministry began a joint feasibility study on high-speed rail two years ago. A report recommending the shinkansen format was issued this past July.

With trains zipping along at up to 320kph, the Mumbai- Ahmedabad railway is expected to shorten travel time between the two western Indian cities from around eight hours to roughly two. Construction is supposed to begin in 2017, with completion slated for 2023. India has plans for seven high-speed-rail corridors, starting with this one.