India and Japan today signed two key agreements which will pave the way for sale of Japanese defence equipment to India, including the much sought US 2 amphibian aircraft, as both countries vowed deeper military cooperation especially in the maritime sphere.

India also announced that Japan will be a partner in Malabar Naval Exercises, taking it from a bilateral naval exercise with US to a trilateral level on a permanent basis.

It also said that maintenance of the peace and tranquility in the Indo-Pacific waters was a shared goal of the two countries.

The two sides inked key defence agreements – one concerning the Transfer of Defence Equipment and Technology and another related to Security Measures for Protection of Classified Military Information. 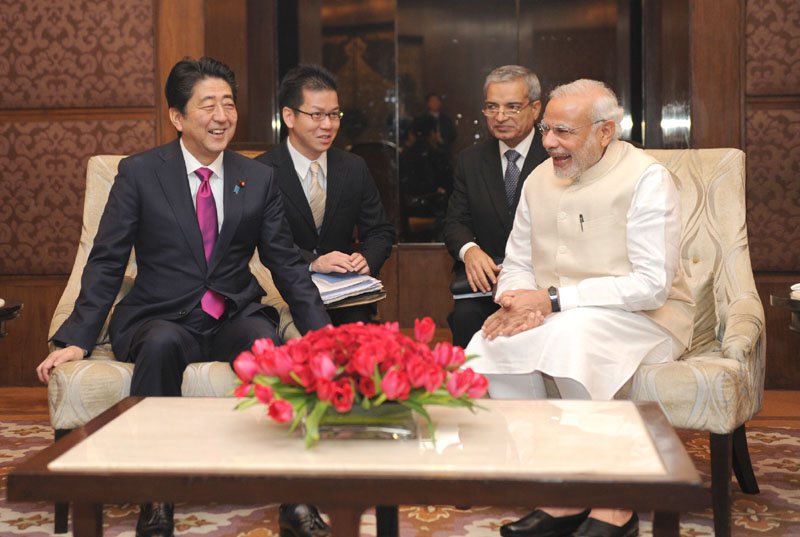 “This builds on our decision to expand staff talks to all three wings of the Armed Forces and make Japan a partner in Malabar Naval Exercises,” he added.

The two leaders also issued a joint statement on ‘India and Japan Vision 2025: Special Strategic and Global Partnership Working Together for Peace and Prosperity of the Indo-Pacific Region and the World’.

The statement said that the two Prime Ministers view that imperatives of a stronger bilateral strategic partnership require deep and broad-based cooperation and concrete actions in defence, security.

It said that the defence agreements signed further strengthens the foundation of “deep strategic ties”. 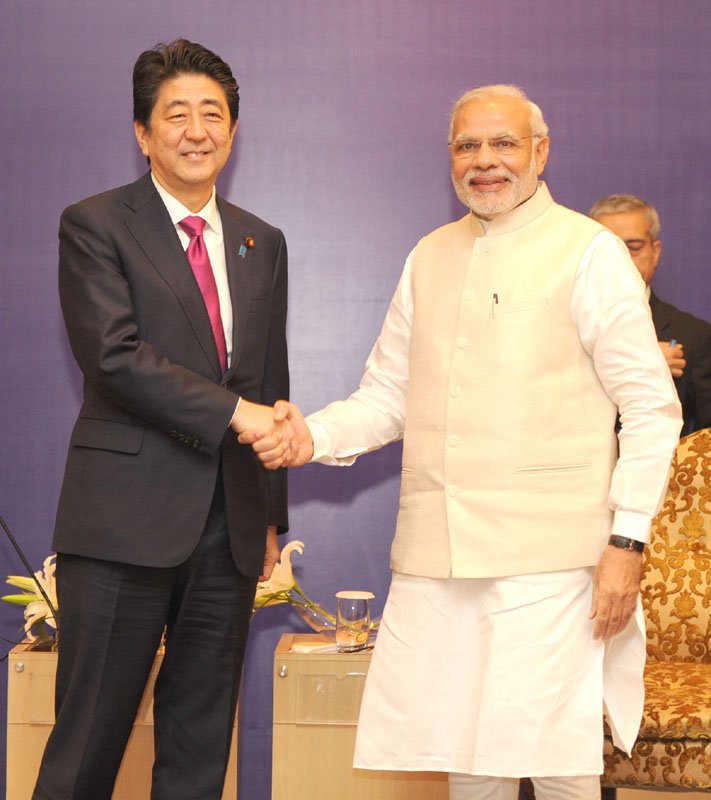 Taking note of the Agreements, the two leaders reaffirmed their commitment to continue discussions to deepen the bilateral defence relationship including through two-way collaboration and technology cooperation, co-development and co-production.

“The two Prime Ministers expressed their intention to explore potential future projects on defence equipment and technology cooperation such as US-2 amphibian aircraft,” the statement said.

The Indian Navy is interested in acquiring the aircraft which will be a boost to its capacity. The talks are already on between the two sides and sources indicated that the project could be a ‘Make in India’ initiative with technology transfer from Japan.

The country had recently lifted a ban on military exports that had been maintained for nearly 50 years.

The two Prime Ministers welcomed Japan’s participation in the India-US Malabar Exercises on a regular basis, as it would help create stronger capabilities to deal with maritime challenges in the Indo-Pacific region, including through enhanced disaster response and mitigation capacity.

Asked if the closer military cooperation was aimed at China, with which Japan is involved in a territorial dispute in the South China Sea, Yasuhisa Kawamura, Press Secretary of the Japanese government, denied.

However, he said that a stronger India was in the interest of Japan and vice versa.

He said closer cooperation between the two countries is also “strategically important”.

Kawamura said that it is important to materialise and make the cooperation on defence and security constant.

He added that Japanese Prime Minister Shinzo Abe did raise talk about the South China Sea during his conversation with Modi.

The two Prime Ministers, noting the developments in the South China Sea, called upon all States to avoid unilateral actions that could lead to tensions in the region. 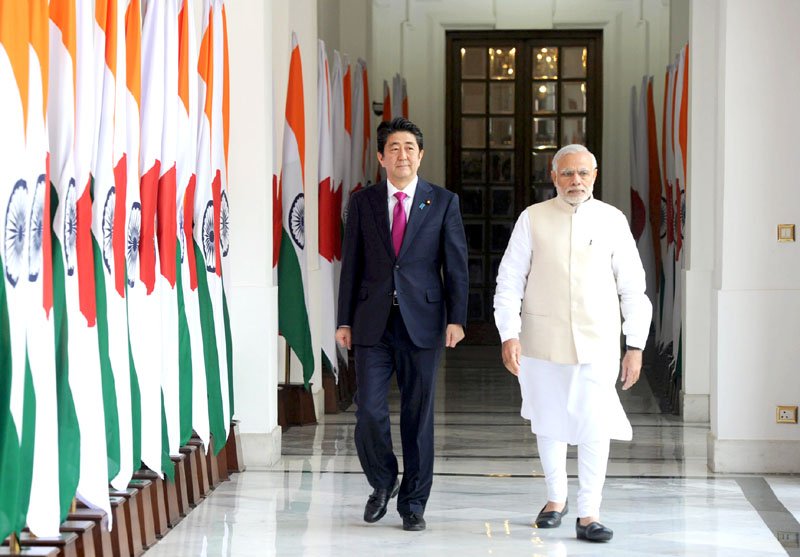 They decided to hold regular close consultations on the issues related to maritime safety and security of sea lanes of communication.

The two Prime Ministers also reaffirmed their desire to further develop dialogue and exchanges between the two countries in the security and defence fields, including through the full utilisation of ‘2+2 Dialogue’, Defence Policy Dialogue, Military-to-Military Talks and Coast Guard to Coast Guard cooperation.

Highlighting the need to leverage their excellent bilateral relations to promote trilateral dialogues and cooperation with major partners in the region, the two Prime Ministers welcomed the holding of the Japan-India-US Trilateral dialogue among the Foreign Ministers of the three countries in New York in September 2015.

The Prime Ministers noted with satisfaction the efforts of the three countries to seek closer cooperation in such areas as humanitarian assistance and disaster relief, regional connectivity as well as maritime security.

They expressed satisfaction on the inaugural Japan-India-Australia Trilateral dialogue.

They were of the view that these dialogue mechanisms could contribute to regional efforts to evolve an open, inclusive, stable and transparent economic, political and security architecture in the Indo-Pacific region.