In order to solve problems like acquiring vast tracts of land and building underpasses for people and cattle, the proposed Mumbai-Ahmedabad bullet train may run on an elevated corridor, which is likely to increase the project cost by about Rs 10,000 crore.

According to Additional Chief Secretary, Transport and Ports, Gautam Chatterjee, running the train on an elevated corridor will also mean that the entire corridor will not have to be fenced to prevent people and cattle from crossing over.

“Building of an elevated corridor that we are considering, will remove the problems of acquiring vast tracts of land, building underpasses for cattle, people and transport to pass and also the entire corridor will not be required to be fenced in order to prevent cattle and people from crossing over,” he said. 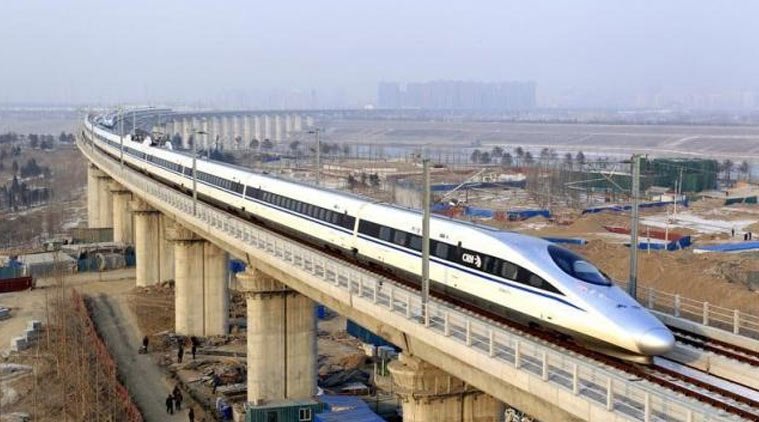 “However, this move will increase the project cost by another Rs 10,000 crore,” he said.

The corridor will not pass through Nashik, as it would further increase the project cost, Chatterjee said.

“During the feasibility study, it was found that one arm of the corridor cannot be extended to Nashik as it would further increase the project cost. Plus, it would also not be technically viable to run the train via Nashik,” he said.

Chief Minister Devendra Fadnavis had in the past pitched for the bullet train to halt at Nashik, saying it would boost development of the north Maharashtra region, especially its tribal belt.

“The Japanese International Co-operation Agency (JICA) is to offer a soft loan for the project. The project will be jointly implemented by state governments of Maharashtra, Gujarat and the Ministry of Railways. A Special Purpose Vehicle (SPV) is being set up to implement the project,” Chatterjee said.

The project is likely to cost an estimated Rs 98,000 crore, but the cost will be further increased by Rs 10,000 crore if the corridor is built on an elevated structure. The top speed on the about 505 kms elevated corridor will be between 300 to 350 kmph.

The project feasibility was jointly conducted by RITES, Italferr and Systra in July 2015.

The high speed train corridor is likely to have 11 stations on the route with seven stations in Maharashtra alone.

According to initial proposal, the high-speed train would have halts at Thane (that will connect both Central and Navi Mumbai), Virar, Palghar, Vapi, Valsad and Ahmedabad.