The court of additional sessions judge N G Dave which had earlier on March 8, rejected the bail petition of PAAS convener Hardik Patel, also rejected such plea of the trio on the ground that the circumstances since the rejection of their bail plea prior to the submission of charge-sheet on January 18, has not changed so it cannot use its discretionary powers to grant bail to them. 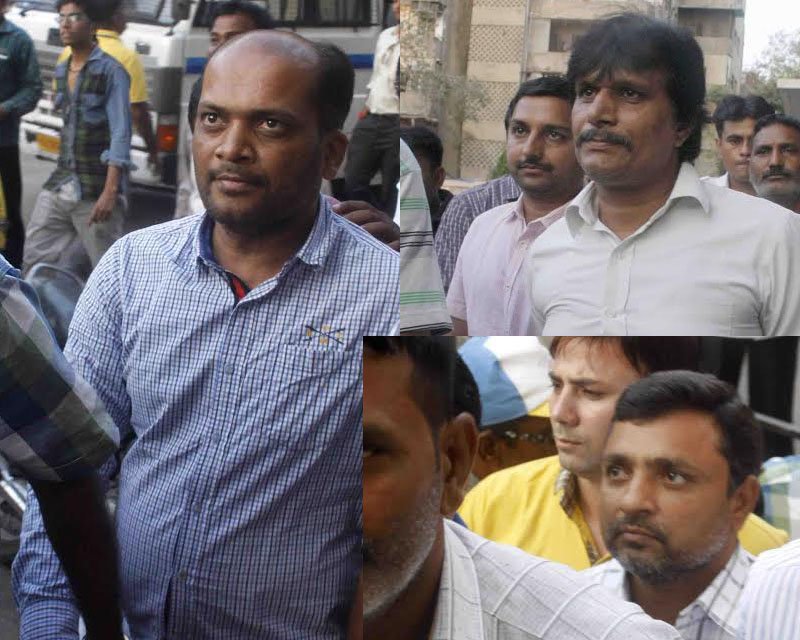 Public Prosecutor Sudhir Brahmbhatt said that the court refused to exercise its discretionary powers in the matter. ‘The court in its order has also mentioned about the seriousness of the crime and examination of the role of each of the petitioner,’ he said.

He also said that the court while delivering the order has also taken in to account the pending special leave petition (SLP) pertaining to the quashing of the sedition charges filed by Hardik in the Supreme Court.

The verdict of the court despite ‘no-objection’ from the prosecution for their conditional bail has shattered the hopes of the trio to celebrate Holi/Dhuleti with their families. Notably with high hopes, not only family members but many of the PAAS members including Morbi convener Nilesh Ervadiya, an accused in yet another sedition case who is on bail, was also present in the court premises here.

In the legal circles, it was being speculated that the conditional bail to the trio was almost certain but in a ‘twist of sorts’ the court which had reserved its verdict on March 17 to be pronounced yesterday, sought the status report of a related case in Supreme Court and deferred the pronouncement of the verdict till today.

The trio, in their written submission in the bail petition had said that they would follow all the conditions put forth by the court for bail. They have also given assurance to the court to not to indulge in any activity (read agitation) which might cause unrest or law and order problem in the society.

In their submission through advocate Ruturaj Nanavati they had sought conditional bail claiming their case to be different from Hardik.

The interesting part however was that unlike in case of Hardik the prosecution had not objected the bail plea of the trio, once a close aide of the PAAS convener.

The case was filed by the crime branch here on October 21 last year against Hardik and five of his aides under IPC sections 124(A) (sedition), 121 (A) (conspiracy to wage war against the government) and 120 (b) (criminal conspiracy) for their role in the violent stir which in all had claimed the lives of 11 people including a police constable and cause damage to the property worth over Rs 44 crore. The charge-sheet in the case was filed on January 18.

Hardik is currently lodged in Lajpore central jail of Surat while Chirag, Ketan and Dinesh are in Sabarmati jail here. Two of the accused Alpesh Kathiria and Amrish Patel have been declared absconders.