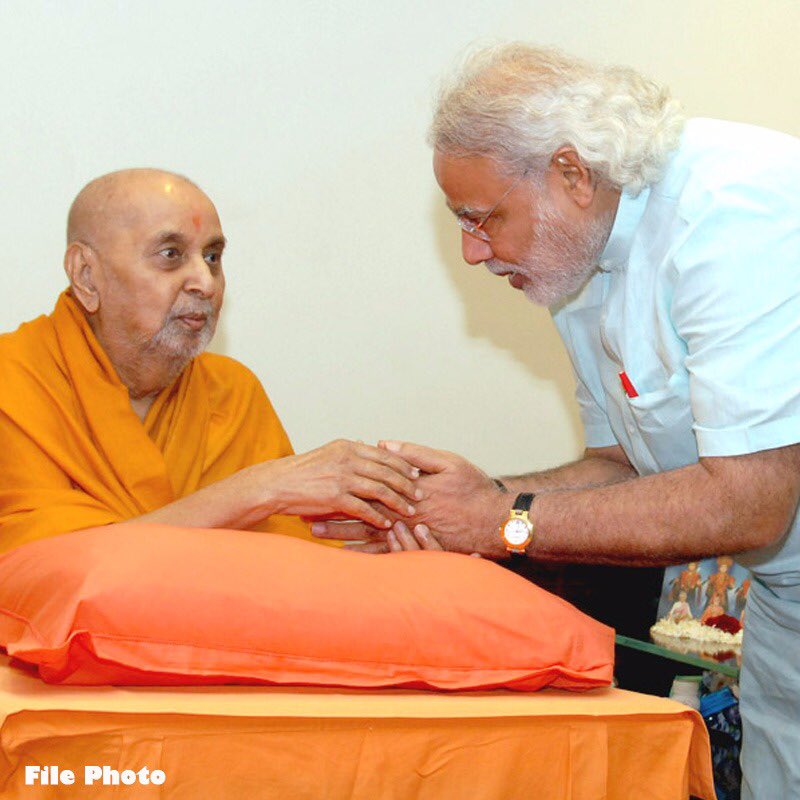 The Prime Minister after his Independence Day speech at Red Fort in Delhi will leave for Bhavnagar, the nearest airport from Sarangpur. He will then move to Sarangpur by helicopter. He is expected to be in BAPS Sarangpur campus anytime post noon.

95-year old Pramukh Swami passed away yesterday. Prime Minister Modi had in his tweet yesterday described Pramukh Swami as his mentor. When he was Chief Minister of Gujarat, Narendra Modi would go to seek blessings of Pramukh Swami before taking oath.

After his address from the Red Fort tomorrow morning, PM will go to Sarangpur, Gujarat to pay his last respects to HH Pramukh Swami Maharaj. 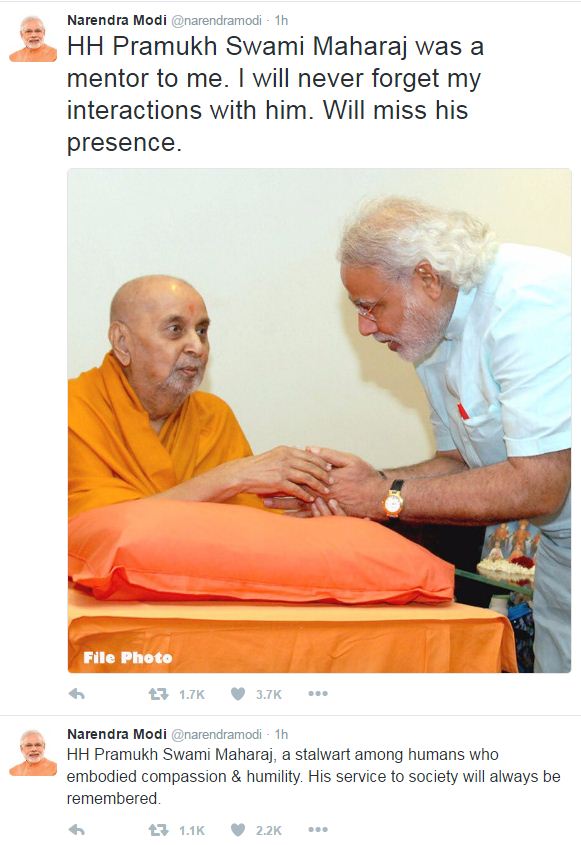