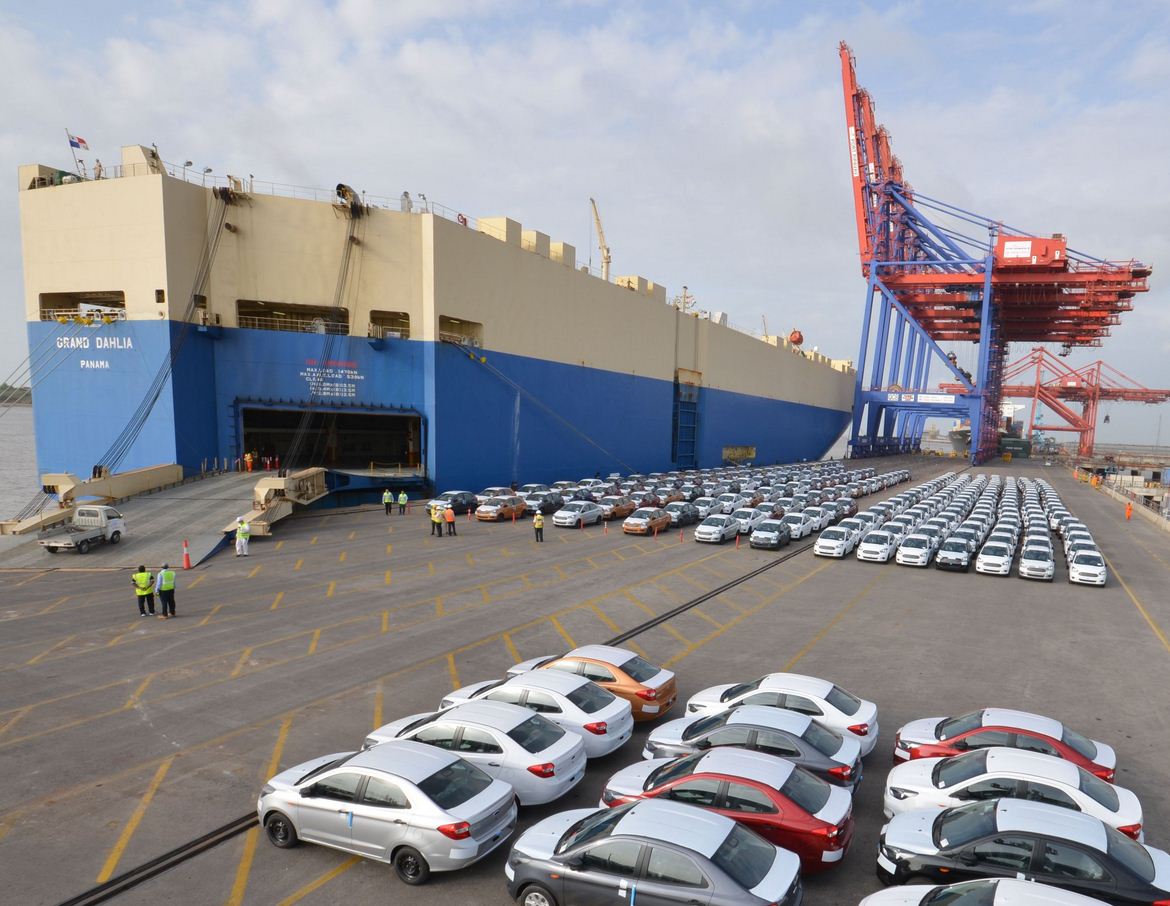 Mumbai: Private port operator APM Terminals Pipavav is neither looking to expand beyond Gujarat, nor it is that keen on setting up a special economic zone as its peers are doing, a top official said.

“If we were to bid for projects on the South or East coast, it will be done by our parent group and not by our company.

“Our expansion will be concentrated on the activities within Pipavav or complimentary value added services,” the firm’s Managing Director Keld Pedersen told PTI.

He further said the port, which recently completed a Rs 400-crore capacity expansion, has charted an expansion plan but it will be implemented when certain capacity utilisation milestones are met.

“I cannot add capacity with 2 per cent volume growth.

There are certain targets which we have set for ourselves…

the investment has to happen at the right time,” he said, declining to give more details.

Pedersen, however, was quick to add that the listed company is fully debt free now, which makes it easier to undertake projects.

Meanwhile, even as competition like the largest container port JNPT and the Adani Group-promoted Mundra focus on building special economic zones (SEZs) or free trade zones to help their ports, Pedersen said APM is not interested in this route.

“The SEZ may be an enabler for the port business, but the value which it can create is questionable,” he explained.

On the growing competition amid difficult times for the maritime sector, Pedersen asserted APM Terminals Pipavav is “not that small a port anymore” but a full service port which can take on pressures.

Additionally, the Hague-based APM Group, which operates over 70 terminals around the world, already competes with major global ports, he said, hinting that it is used to such pressures.

“I do not think everybody (competition) will drop prices just to get business. They have also invested money and will look for ways to recover it like us,” he said.

Pedersen, however, made it clear that the port will do everything to protect its pre-tax margin of 60 per cent and pointed out that increase in volumes will help in this area.

He said the newly started Ro-Ro (roll on-roll off) service for transporting cars is emerging as a good alternative for the mainstay container business, which is passing through difficulties.

The company can use the same berths for handling cars.

The container handling business contributes around 70 per cent of its total revenues, with the rest split between Ro-Ro, liquid and bulk segments, he said.

At present, the port has a 14.5 metre draft, which it feels is sufficient to handle the traffic.

Over 70 per cent of the total cargo handling at the port is through the rail route. Asked about the increase in freight rates by the Railways, Pedersen said it is talking to clients and concentrating on deepening its relationships.

The dip in Exim trade, another challenge for a port operator, is also countered through deeper stakeholder interactions, which span both the shipping lines as well as trade in the hinterland which is served by the port, Pedersen said.