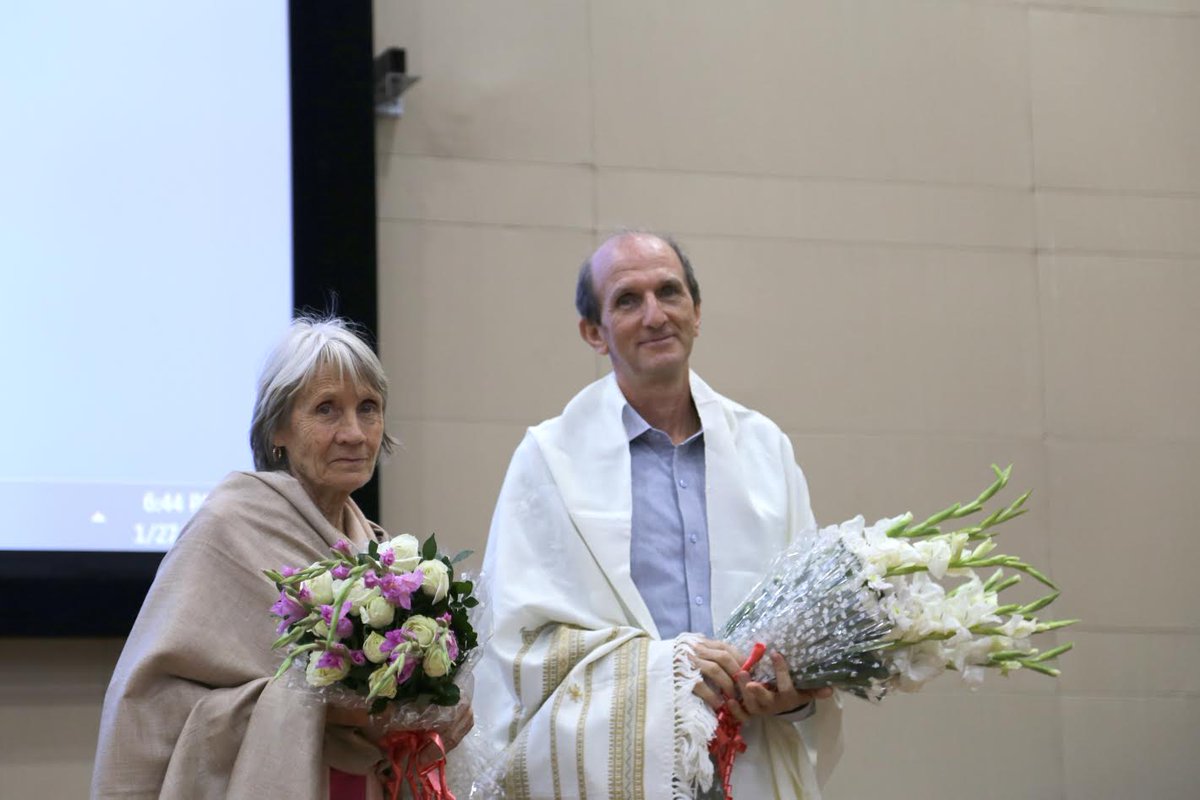 Gandhinagar: Prof Michel Danino, guest faculty at IIT Gandhinagar (IITGN), has been conferred Padma Shri, one of the highest civilian Awards in India, on Thursday (January 26, 2017). Prof Danino, a French-born Indian citizen, is given the award for his contribution towards Literature & Education. To celebrate the momentous event, IITGN organized a felicitation for Prof Danino on Friday (January 27, 2017) at the Institute.

Speaking at the event, Prof Danino said, “The news of the Padma Shri Award for me came as a surprise. While I feel deeply honored, the award has also evoked in me a stronger feeling of responsibility and commitment to contribute to what I have been pursuing in last 40 years.”

Prof Danino said that it was his pursuit of understanding the purpose and meaning of life that brought him from France to India. It was in 1977 when, while studying electrical engineering in France, he became passionate about ancient Indian history. He then decided to move to India, at the age of 21, leaving behind his career and family.

Prof Danino came to Tamil Nadu and got deeply involved in study of Indian culture and history. Talking about the strength of Indian culture which has been existing successfully for over 5000 years, Prof Danino said, “The Indian culture is very deep-rooted. The ancient India has been constantly questioning the meaning of human existence and purpose of life. This resulted in a strong society, its values and it helped India survive in spite of all odds.”

Prof Danino has been a guest faculty at IITGN since 2011, where he has been teaching courses which give a broad panorama of the Indian Culture and Civilization. He played a key role in establishing a Center for Archaeological Sciences at IIT Gandhinagar.

Prof Danino participated in the translation and publication of the works of Sri Aurobindo and of Mirra Alfassa. He engaged himself also for the preservation of tropical rainforest in the Nilgiri Hills. In 2001, he convened the International Forum for India’s Heritage (IFIH) with the mission of promoting the essential values of India’s heritage in every field of life.