Junagadh: The famous five day Bhavnath fair, held every year at the Bhavnath Mahadev temple situated near the base of Girnar hills (Girnar Taleti) around 8 km from Junagadh and which culminates at the midnight on the Mahshivratri day (February 24 this year) with great show of devotional and festive energy by Naga sages, started today with the performance of the traditional ritual of religious flag hoisting (Dhawjarohan) amid vedic chants.

Saints performed the ritual among chanting of Vedic mantras at 0915 am in the presence of collector Rajiv Gupta, SP Nilesh Jajadia and Deputy Mayor Girish Kotecha. After the main temple dwajarohan was also done in Juna, Aavahan and Agni Akhadas, Annachhetras and other places.

The fair commences every year on the Hindu calendar date of Magh Vad 11 which coincided with Feb 20 (today) this year.

Attended by thousands of devotees and sages the fair culminates on Mahashivratri when it is believed that in the moonless night Lord Shiva performed his tandava, the cosmic dance of destruction, a mahapuja is performed. This ritual begins at midnight on Mahashivaratri every year, when naga babas, or naked sages, seated on elephants and decked in ornaments, arrive holding flags and blowing conch shells, tungis, and turis, the sounds of which reverberate through the entire space. 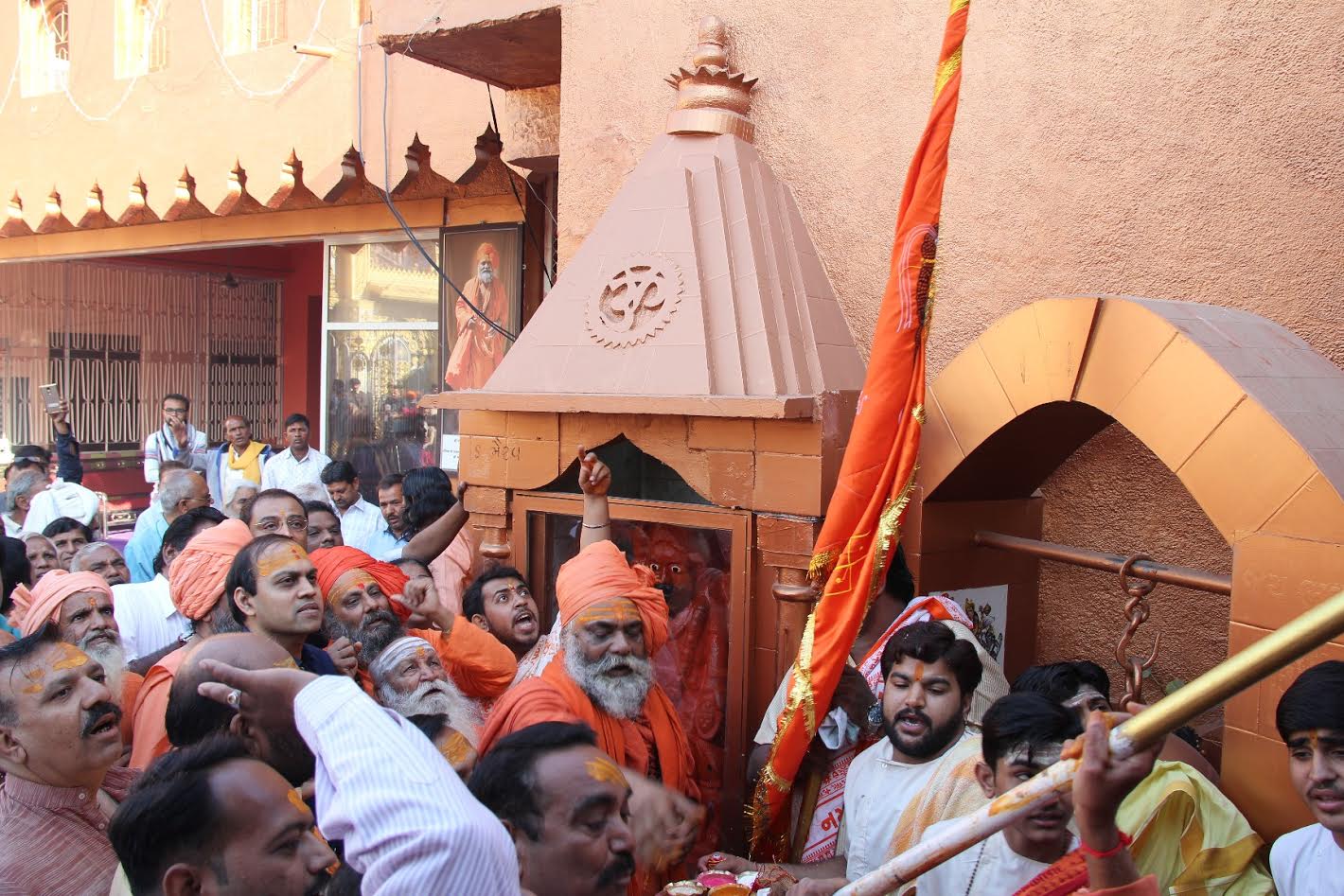 Devotees believe that Lord Shiva himself visits the shrine on this occasion. Girnar is said to be the abode of the nine immortal nathas, and eighty-four siddhas, all of whom also visit the temple in their invisible spirit forms during Mahashivaratri. Offerings are made to the deities, and the festive energy is expressed through performances of dance, music and traditional bhavai theatre.

Before going to the fair, many pilgrims do a parikrama of the holy hills of Girnar, a journey of about 7 km. Visitors are served free meals by the organizers. Special stalls sell idols, rosaries brought from Ayodhya and Mathura, and delectable sweets. The evening leading up to the midnight ritual of Mahashivaratri, at the wrestling grounds, or akhada, next to the temple, the naga babas gather for a ritual involving a blend of dance and martial arts.

According to myths and legends of the Puranic era, the Shiva linga in the ancient temple is said to have emerged of its own divine intention. It is said that once when Lord Shiva and Goddess Parvati were traveling over the Girnar Hills their divine garment fell over the present Mrigi Kund, making this place an auspicious site for Shiva worshippers. Even today, the naga bavas bathe in the holy Mrigi Kund before joining the Mahashivaratri procession. The fair itself is so ancient that its precise origins are unknown.

A large number of devotees from different parts of the country, particularly from Gujarat and Marwad in neighbouring Rajasthan, have been coming to the fair for many years. While many come clad in lively colors, the Ahirs and Mers of the Junagadh district are the most striking among them.

The district administration has also made elaborate security arrangements to prevent and check any untoward event in the wake of large gatherings during the fair. CCTV cameras have been installed all over the Mela area spread in 57 acre.

More ST buses to Junagadh have been started for the convenience of devotees coming to the fair while around 20 mini buses have been arranged locally to bring the devotees.