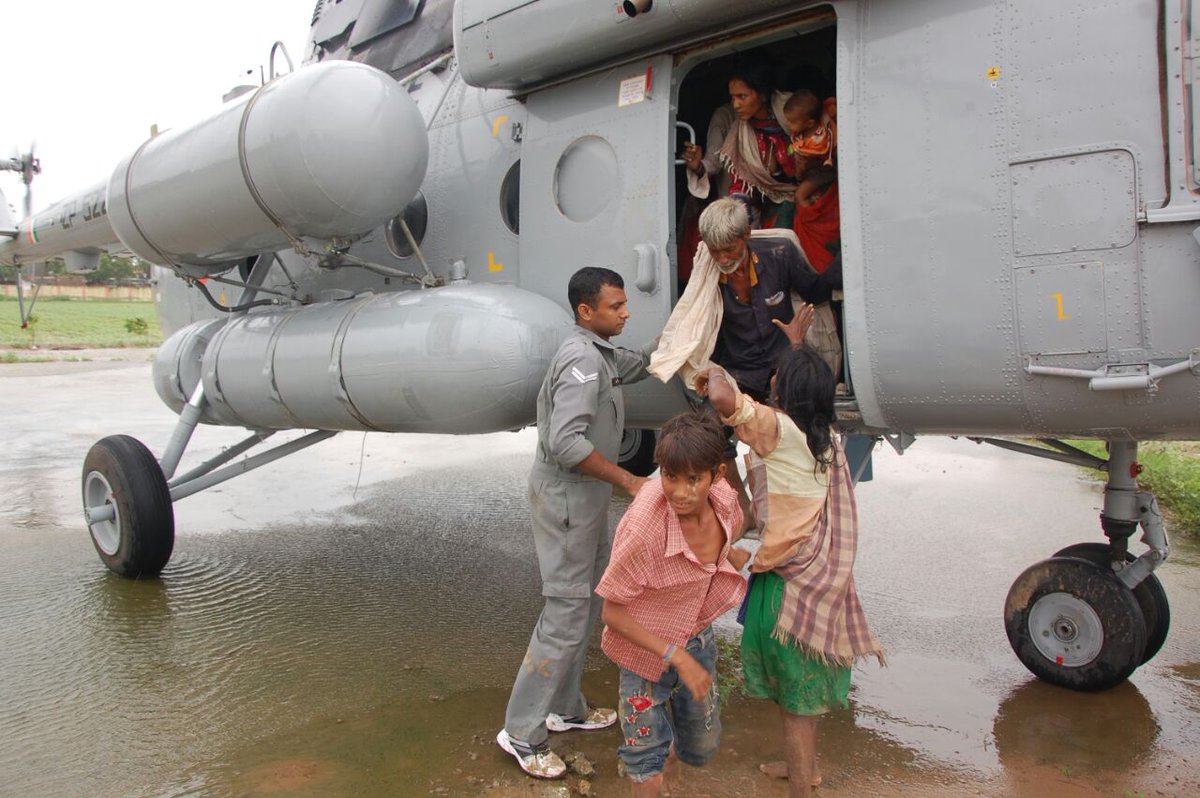 South Western Air Command of the Indian Air Force, headquartered at Gandhinagar in Gujarat has issued directions to its bases, aiming to keep over 20 helicopters in a state of readiness to launch flood relief and rescue operations in flood affected areas of Gujarat tomorrow.

Today only five choppers of AIF were used for the operations.

Defence spokesperson Wing Commander Abhishek Matiman said that the decision has been taken to rope in more choppers owing to the mounting number of people stranded amidst flood waters in different districts of the state and the weather forecasts showing no signs of improvement in the next 24-48 hours,

Arrangements have also been made to further bolster the numbers with augmentation from other Commands if the need be, he said.

Uninterrupted rain and the prevailing and forecast weather conditions have resulted in an increase in number of requests being received from the state government for aerial evacuations. With no letting up in the water levels due to continuous downpours, the IAF on its part is leaving no stone unturned to step in for humanitarian assistance with all the resources at its disposal, the defence spokesperson said.