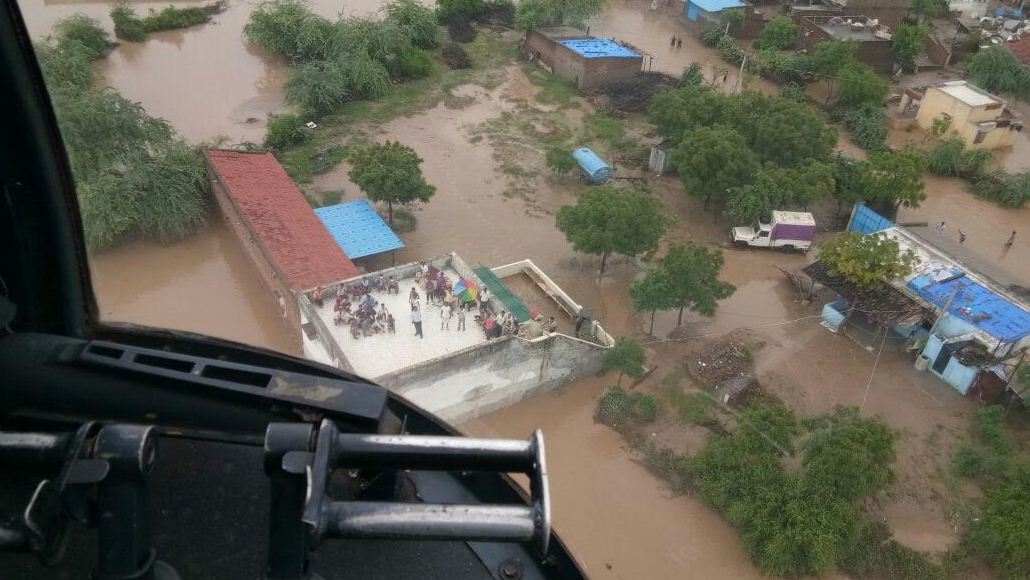 In yet another commendable rescue work, the Indian Air Force today air-lifted a critically ill young Kidney patient trapped in a flooded village of Patan district of Gujarat.

Defence spokesperson, Wing Commander Abhishek Matiman said that a request was received at HQ SWAC Gandhinagar this morning for immediate evacuation of a kidney patient in critical condition desperately needing to undergo Dialysis for his life to be saved.

Reacting swiftly, an IAF Cheetah helicopter was despatched to Village Abiyana in Santhalpur Taluka of Patan District in Gujarat. 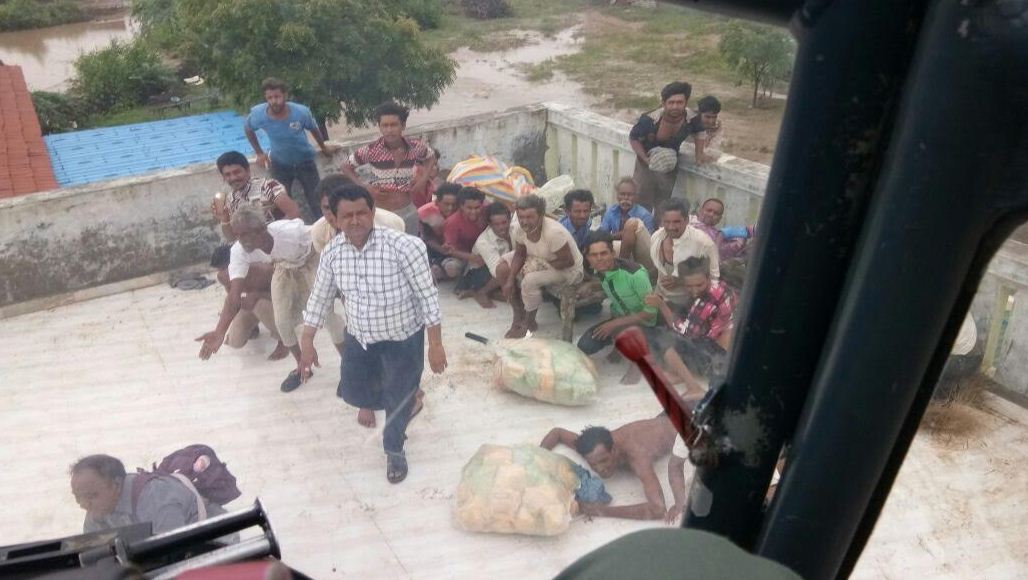 On arriving overhead the site, the pilot – Wing Commander Gautam Narain saw the patient on top of the roof of a house completely marooned amidst flood waters on all sides, he said.

The pilot, having made an accurate asessment of the situation and bearing in mind the importance of saving the life at stake – brought his Cheetah to a low hover, finally gently resting it on the boundary wall of the rooftop. Assisted by family members next to him on the roof, the patient was lifted up over the wall and finally carefully pulled aboard the aircraft. All this while, the pilot delicately and very skillfully balancing the helicopter on its skids over the wall, Defence spokesperson said. 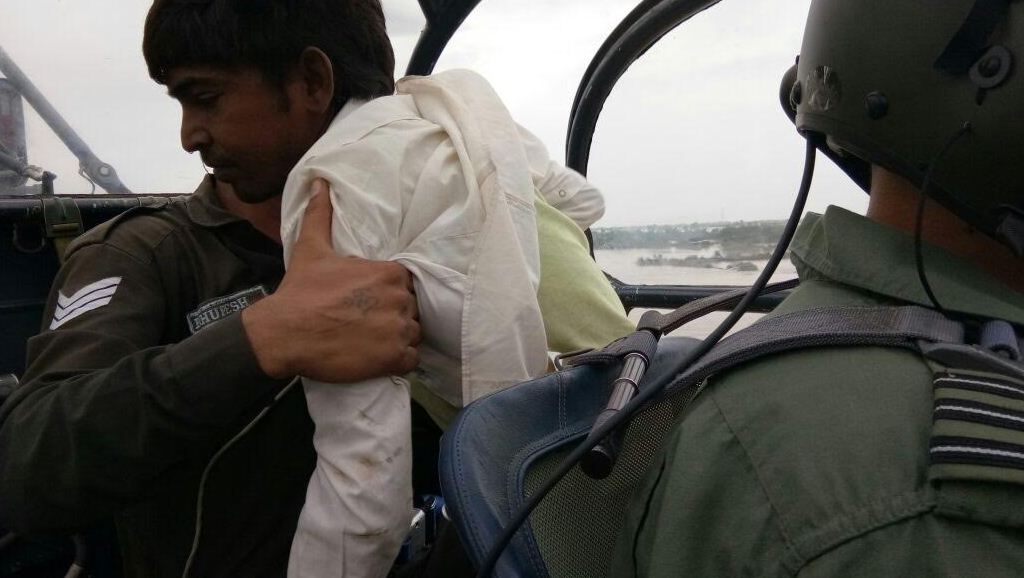 The patient was then flown to District Headquarters Patan where he was duly handed over to Civil Administration officials waiting with an ambulance at Patan University Helipad.