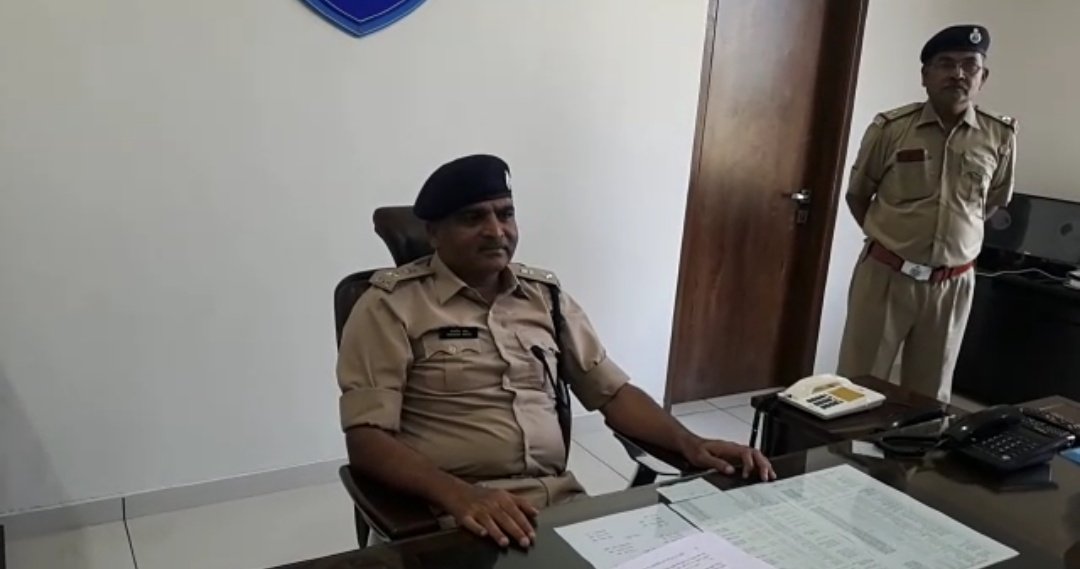 Gandhinagar: Though there’s no official confirmation yet, it is learnt that State CID Crime led by senior police officer Ashish Bhatia which is probing into the bitcoin case has picked up the District Superintendent of Police of Amreli. CID Crime may show Patel’s arrest anytime during Monday if required. Arrested SP is being brought to capital Gandhinagar for questioning, it is learnt.

The case is pertaining to kidnapping and extortion of Surat based builder Shailesh Bhatt. Bhatt has alleged that police men kidnapped him and snatched away Rs 12 crore worth of bitcoins under pressure. CID Crime has already arrested Police Inspector of Amreli police Anant Patel and three others.

District Superintendent of Police, Amreli district, Jagdish Patel was asked to appear at CID Crime office to give his statement on Saturday evening. As he didn’t appear before the probe team, he was picked up from his government bungalow in Amreli, it is learnt.

Smelling arrest, Jagdish Patel was reportedly hiding from CID Crime in last few days. It was widely believed that he had taken shelter in farm houses adjoining the Gir jungle.

On very serious complain by builder Shailesh Bhatt, minister of state for Home Pradipsinh Jadeja himself had ordered CID Crime probe into the matter and assigned the task to a very credible, upright and efficient cop Ashish Bhatiya. CBI officer Sunil Nair and former MLA Nalin Kotadiya’s role is also being investigated in this case.

The charge of the office of Superintendent of Police of Amreli district has been handed over to DySP BM Desai in absence of Jagdish Patel.