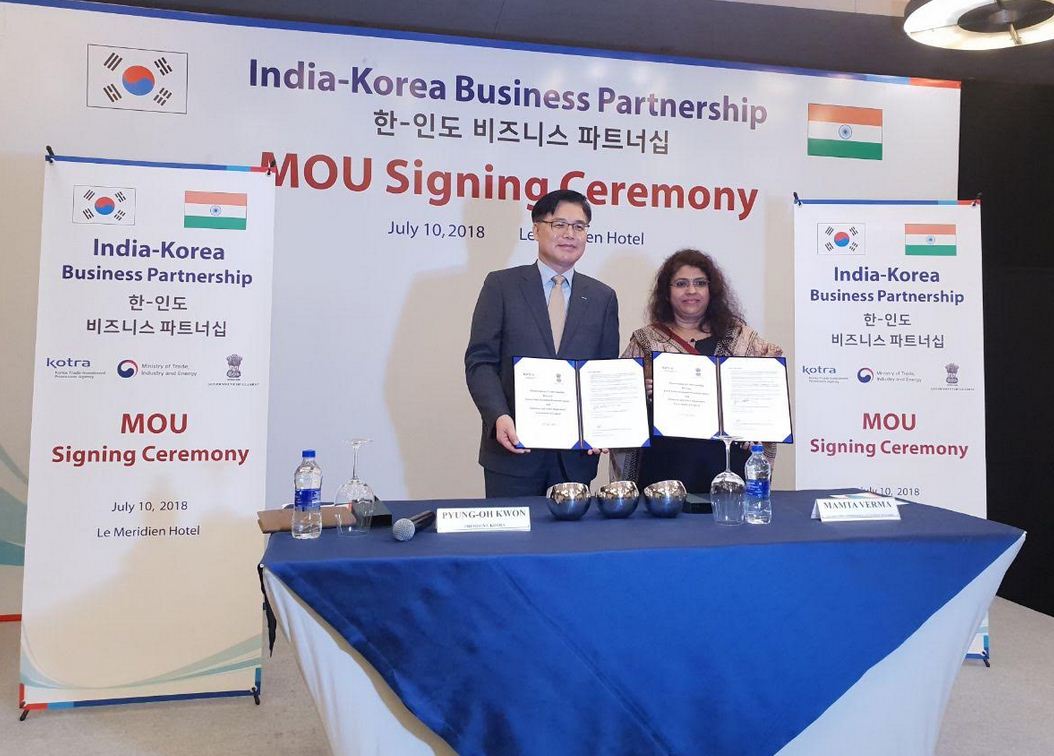 KOTRA will start an office in Gujarat. At present, KOTRA has its offices in India at New Delhi, Mumbai, Chennai, Kolkata and Bengaluru. MoU was signed by MK Das on behalf of Gujarat government and Dr. Kwon Pyung on behalf of South Korea.