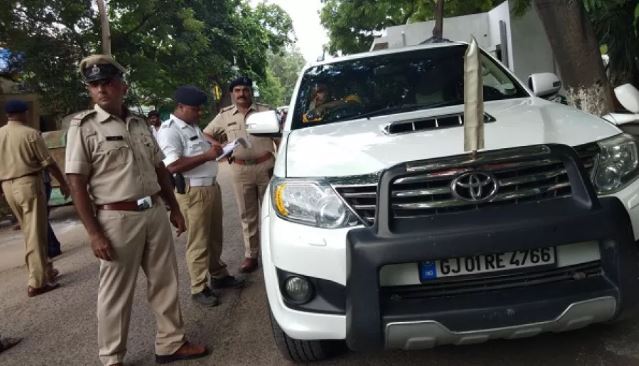 Congress backed PAAS leader Hardik Patel was today fined by police here for having black film coated glass in his car and also fancy number plate not as per norms.

Hardik was issued a memo and fined while he was approaching the police commissioner office today in connection with seeking permission for his proposed fast in Ahmedabad from August 25. 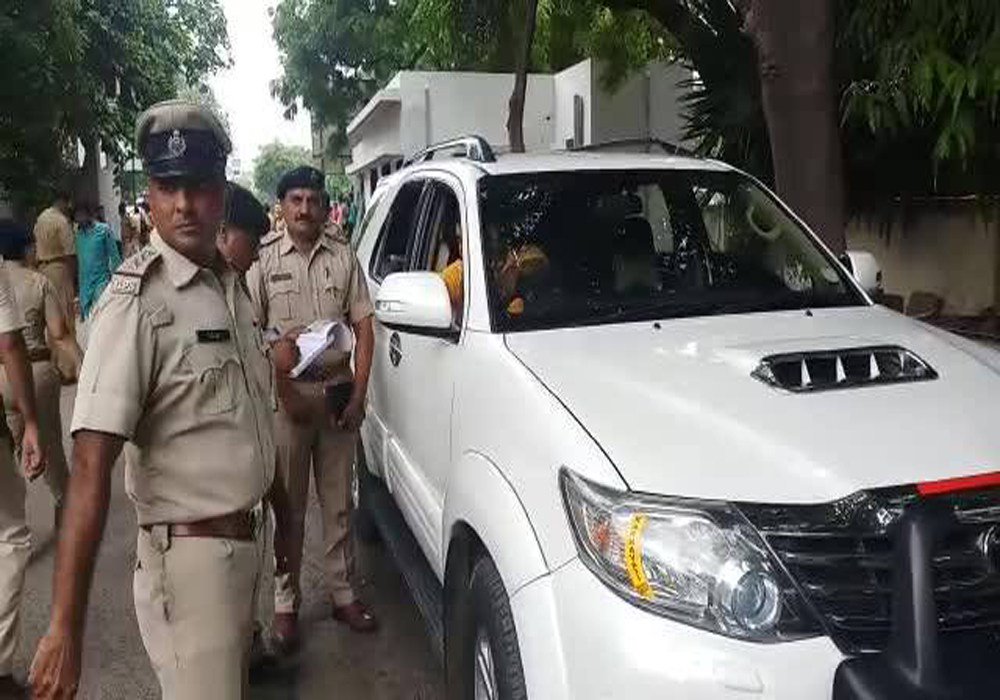 The black film coat on the glass of his vehicle was also removed by the police.

Later talking to newsman Hardik said that what police had done was right. ‘They have just followed the law,’ he said.