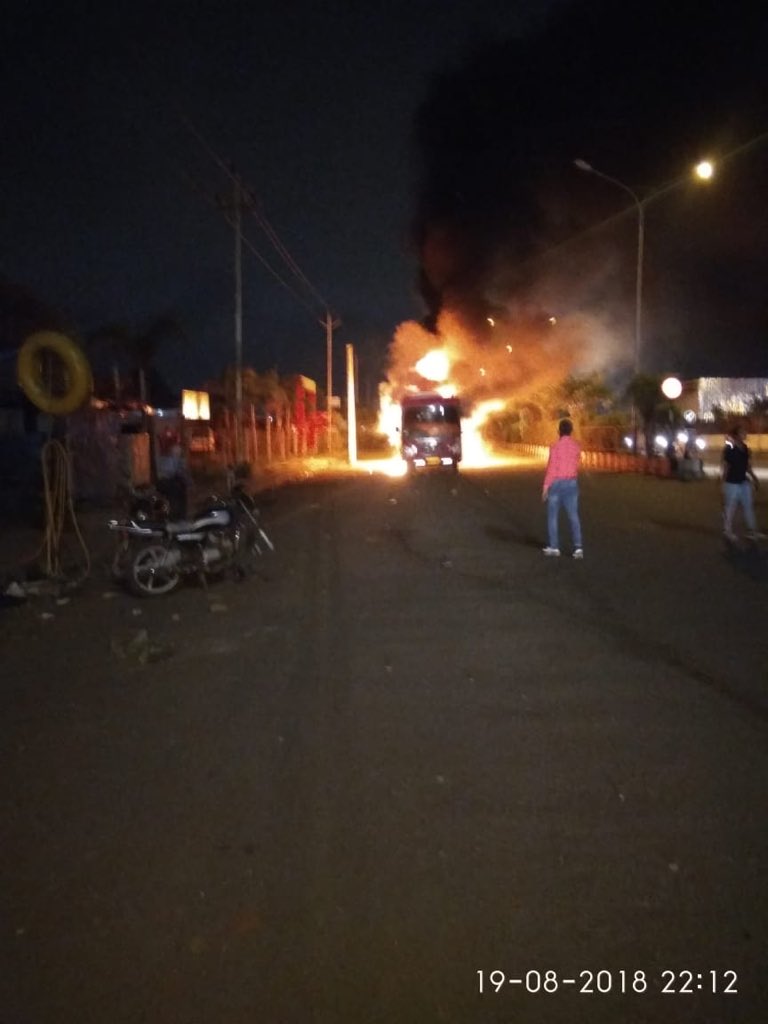 On a day when Congress backed PAAS leader Hardik Patel and 8 of his aides were arrested by police in Ahmedabad and released on bail later only to re-arrest one of them Alpesh Kathiria in the 2015 sedition case in which he was co-accused with Hardik, suspected supporters of the leaders have burnt down a BRTS city bus and damaged and torched public property in Patidar dominant Puna, Sarthana and Yogi Chowk areas of Surat city tonight.

A police officials however did not rule out the possibility of role of hooligans of PAAS with involvement in similar anarchist activities in the past behind the incident.

He however said that the whole matter is being investigated.

Surat Commissioner Police Satish Sharma later said that in the wake of the incident of Ahmedabad, police in the city was alert and detained 50 PAAS supporters earlier. He said that though 24 of the 25 police stations in the city remained peaceful. Some incidents took place in Patidar dominant Sarthana area. One BRTS bus which was being taken to depot by its driver was torched in Puna Gam area. He said that police would take strict action against those responsible for the incidents. He claimed that the situation was under control.

As per the information two city buses were stone pelted near Silver crossing area and later another BRTS bus was burnt down. A BRTS junction in the city was also damaged. Tyres were also burnt on the roads to create terror. However no loss of life or injury to anyone was reported in the incident.

Notably, PAAS leader from Surat Alpesh Kathiriya was also among those arrested today in connection with the unlawful attempt to sit on fast. While he was initially granted bail in this matter, later he was nabbed by the crime branch in 2015 sedition case of Ahmedabad in connection with violence after the Patidar quota rally in August that year.

It is suspected that his supporters might be behind the incident.

Hardik’s aide and another co-accused in the case Dinesh Bambhania said that the action of police against Kathiria has hurt the sentiments of Patidars.

Hardik also in a tweet in late night said that he did not support any violent reaction. He held anti social elements for the incidents. 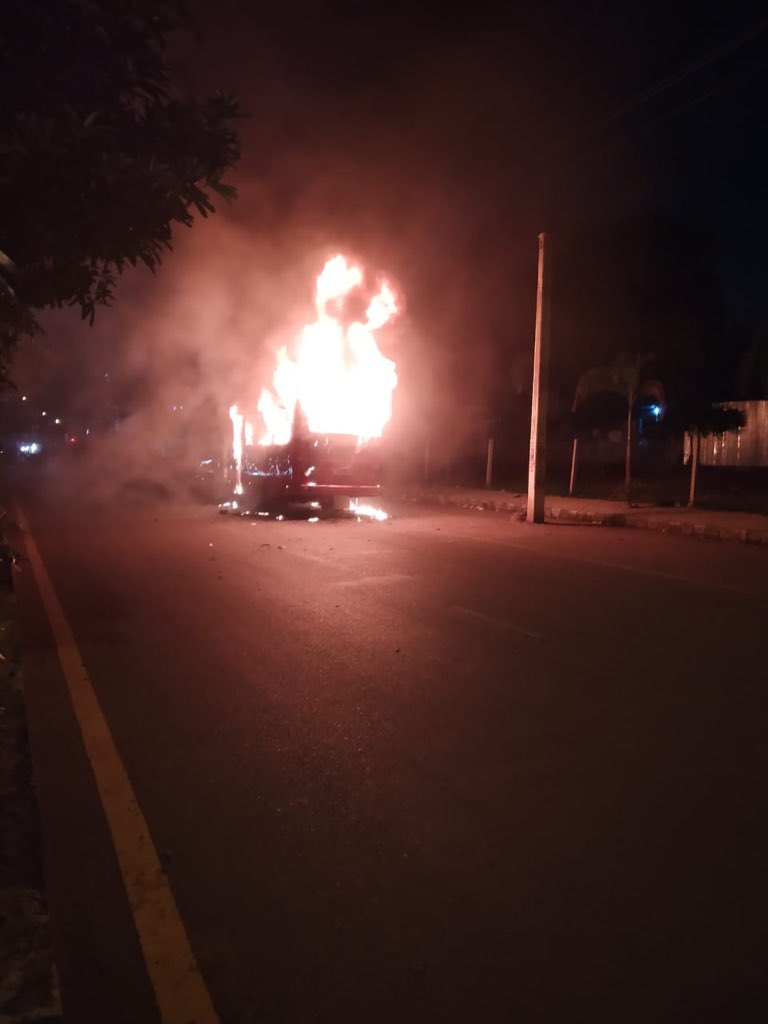