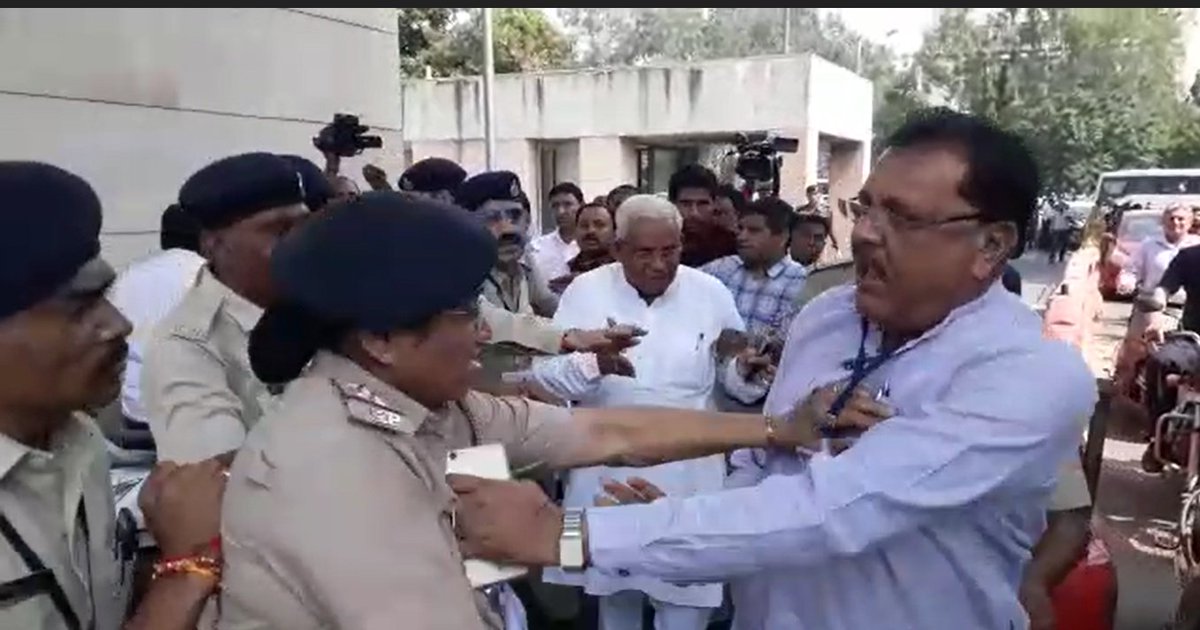 Gandhinagar: Congress party’s Khedut Aakrosh rally over farmers’ issues failed to get desired response today. As per this video address of state party chief in Anand district last week, the party had asked its office bearers and MLAs to bring 700 workers per assembly seat to rally venue and thus gather in-total 1.25 lakh head count. However hardly 500 workers were spotted at rally venue post 9 am(some in party however claim that targeted headcount was 10,000)

The rally couldn’t start even at 11.00 am because of largely vacant seats at the venue. Second rank Congress leaders were seen making last-minute phone calling to increase the count from nearby rural Gandhinagar and Ahmedabad. First rank leaders including state party president, state party incharge and others were not seen on the stage till 11.00 am. When speeches began post 11 am, the headcount was around two to four thousand persons. 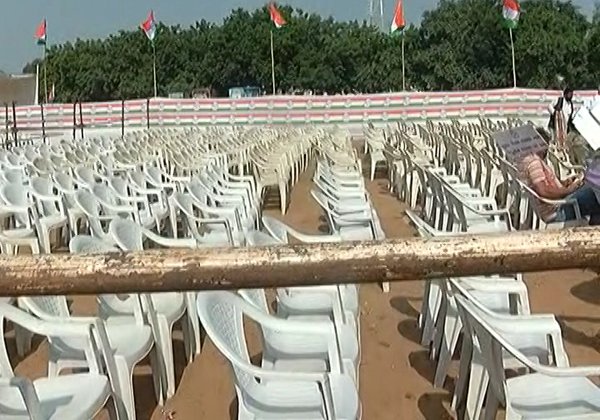 As if negligible presence and largely vacant chairs was not enough to let opposition party down,controversial party MLA Virji Thumar manhandled a woman cop and created another controversy. Thumar’s behavior was captured in cameras of news channels. Thumar was agitated as police asked him to show his identity card for entry through gate number one of assembly complex as per prescribed protocol.

Police said, the administration had given permission to public meeting of Congress party at Satyagrah Chhavni but not to rally to gherao the assembly complex that was announced by Congress after public meeting.

Opposition Congress almost every year announces public meeting and rally to gherao the assembly complex. Every time police grants permission for public meeting but stop and detain the workers when they try to march toward assembly complex. While leaders sit in police vehicles without resistance, some cadres who are not experienced involve into clash with police every time.

Congress leaders in the morning claimed that lower turnout in rally was due to state government’s tactics to stop party workers. In the afternoon, Congress claimed that media had flashed empty chair pictures that were clicked well ahead of the start of the public meeting. The rally otherwise was full. State party incharge Rajeev Satav posted pictures in his tweet in which portion of public meeting filled with attendees has been shown. However empty chairs portion is not covered in these photos.