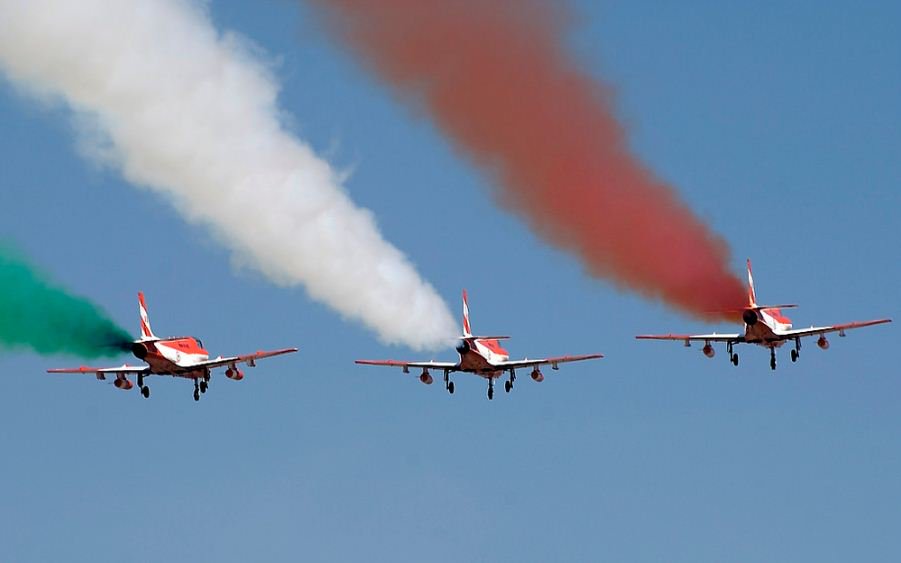 Bharuch: Suryakiran team of Indian Air Force(IAF) will fill the sky above 182-meter tall ‘Statue of Unity’ with Indian tricolors soon after Prime Minister Narendra Modi dedicate the statue to the nation after his speech.

Three Jaguar planes will emerge from Narmada dam side and fly in the direction of Statue of Unity at lower height as soon as Modi dedicate the statue.

After unveiling the wall of unity, Prime Minister Modi will move to Statue of Unity and pay tribute to iron man of India Sardar Vallabhbhai Patel at foot portion of statue. Two MI-17 helicopters of Indian Air Force(IAF) will remain present in the sky att he same time and shower flowers over the statue.