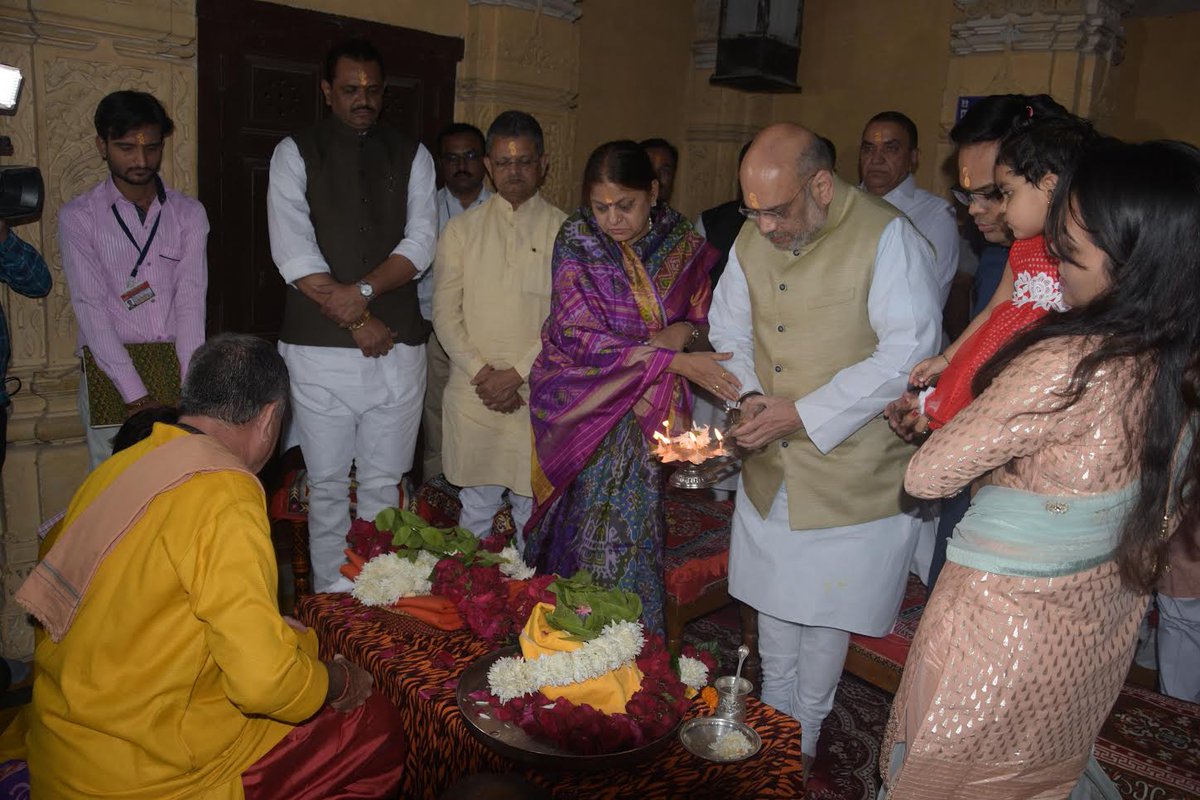 According to Shri Somnath Trust, the walk way will be 1500 running meter in length and 7 meter in width. It will have street furniture facility. It will be constructed at a cost of Rs 45 crore under the Central government scheme ‘PRASAD’. The pathway will be called Yatri Pada Patha.

The walkway will start from Sagar Darshan and continue upto Triveni Sangam. While walking on the pathway, pilgrims will be able to have darshan of Somnath mandir, Shri Ram mandir and Triveni sangam. Artistic sitting arrangements will be made at every 200 meter distance. The pathway will witness Bhakti music in the evenings and also have latest lighting. Somnath is going to witness pilgrimage development works worth Rs. 100 crore.

Shah, speaking on this occasion said, ‘Purans have mentioned that Somnath temple was covered with gold. With cooperation of all, all kalash of Somnath temple will be made golden again, I am sure.’

Shah is one of Trustees of Shri Somnath Trust. He visits Somnath temple almost every time after some major election campaign is over. Shah arrived Somnath yesterday after completion of four state assembly general election campaign. Shah was joined by his family members.