On 29 July 2011, as many as 20,000 people had gathered at Surat airport and 45 persons had booked tickets to stop plane for ‘plane roko agitation’. Time has changed. Today 72 flights are operated at Surat airport. Prime Minister Narendra Modi’s sight is on Surat. He has seen potential of development in this city.

I thank Prime Minister Narendra Modi and Chief Minister Rupani for giving this big gift to City of Surat and South Gujarat. It is the vision and willingness of the people of Surat thanks to which this development project is happening along with Rs. 1,000 crore worth projects witnessing foundation stone laying and inauguration.

PM on importance of stable government:

PM Modi after speaking about some of the schemes his government launched in recent years said such decisions could be taken due to clear majority government formed by each vote of people. 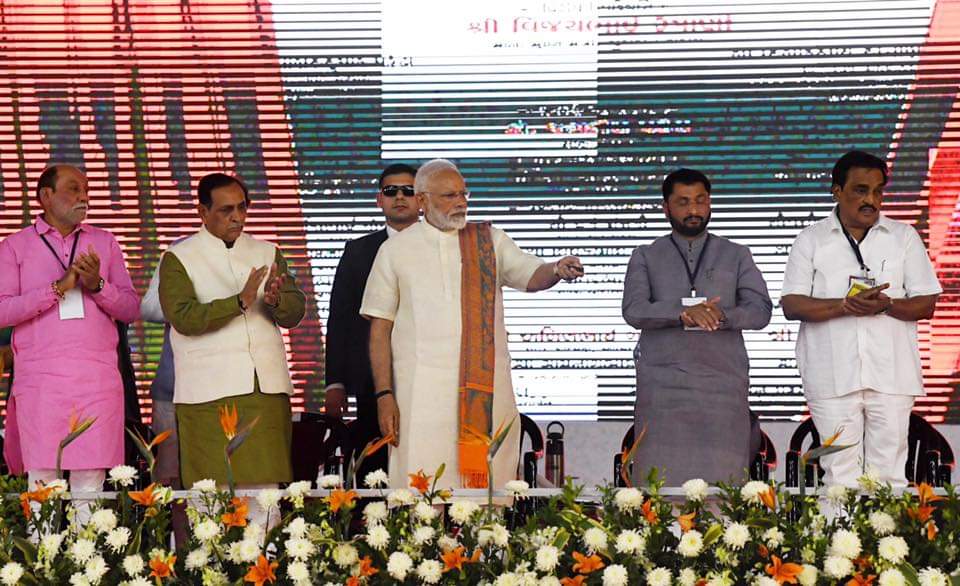 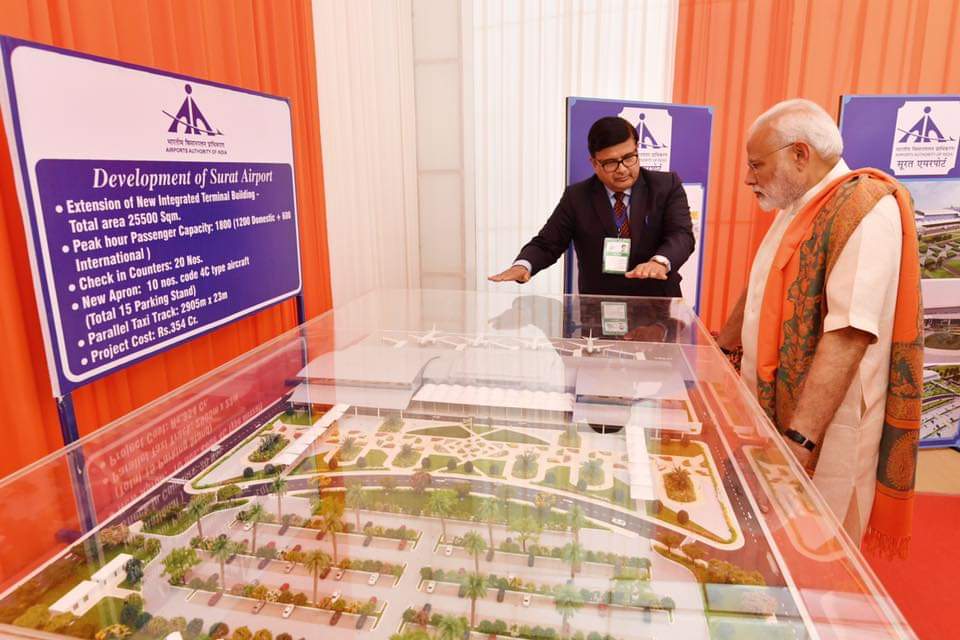