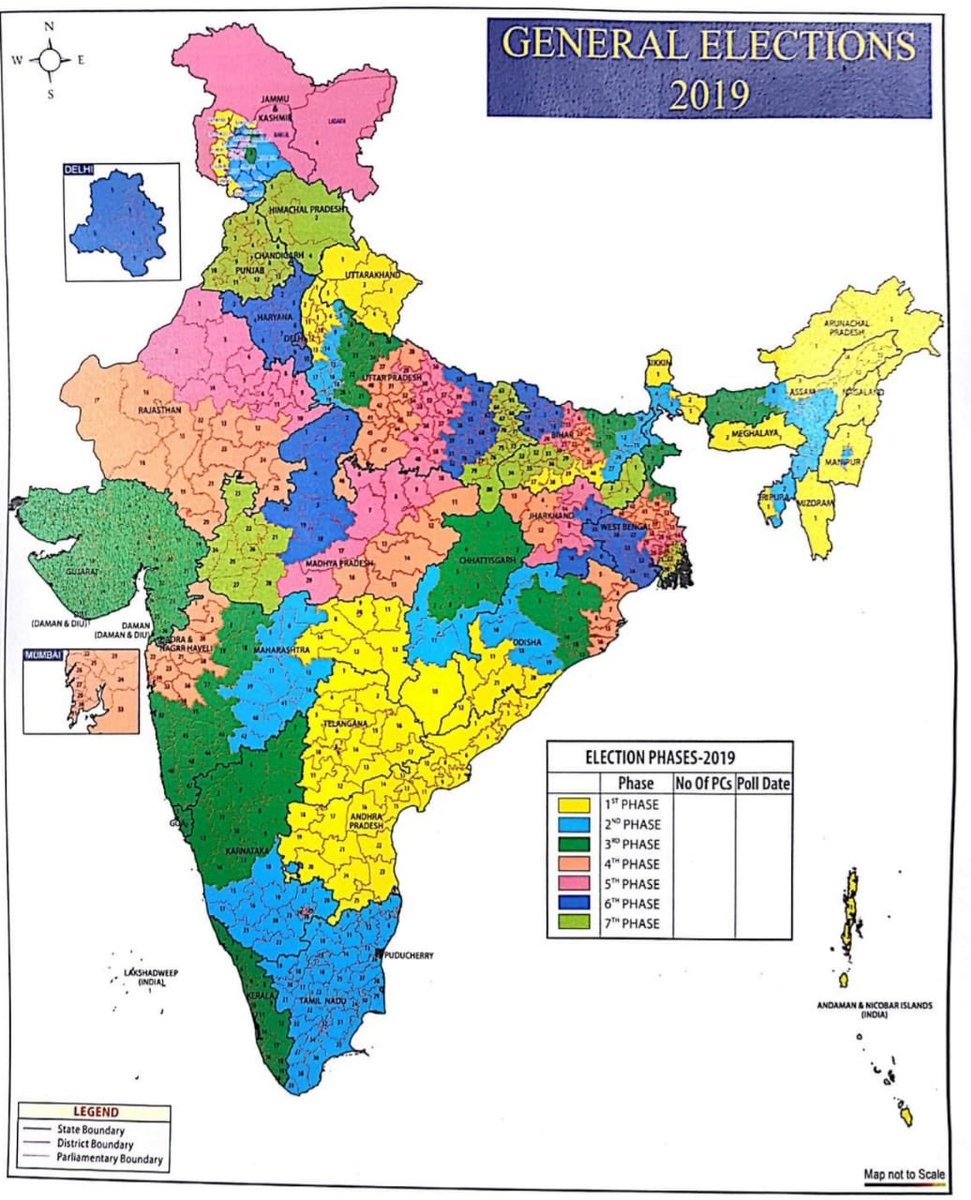 New Delhi: Elections to 17th Lok Sabha will be held in seven phases, from April 11 to May 19, and counting of votes will take place on May 23, Chief Election Commissioner Sunil Arora said on Sunday.

Addressing a press conference here on Sunday evening, the CEC said, ‘the polling will be held in seven phases on April 11, April 18, April 23, April 29, May 6, May 12 and May 19. The counting of votes will be held on May 23. The election process has to be completed by May 27.’

In Phase 7 , 59 constituencies in 8 states will go for polling.

Elections to Legislative Assemblies of Andhra Pradesh, Arunachal Pradesh, Odisha and Sikkim will be held simultaneously with Lok Sabha Election 2019. However, no simultaneous polls will be held for Jammu and Kashmir assembly, only parliamentary elections.

‘Based on input, constraint of availability of central forces and other logistics, requirement of forces for security of candidates in wake of recent violence and keeping other challenges in mind EC has decided at this stage to announce only schedule of Parliament election in Jammu and Kashmir.

Five years ago, in 2014, ECI had declared Lok Sabha elections dates on March 5 as elections for the 543 Lok Sabha seats had to be held by the end of May. The term of the present Lok Sabha ends on June 3. So ECI had space to announce the dates three-four days later compared to 2014.

In 2014, ECI had declared nine-phase electoral exercise across April and May. While the first phase polling was on April 7, the last phase was on May 12.