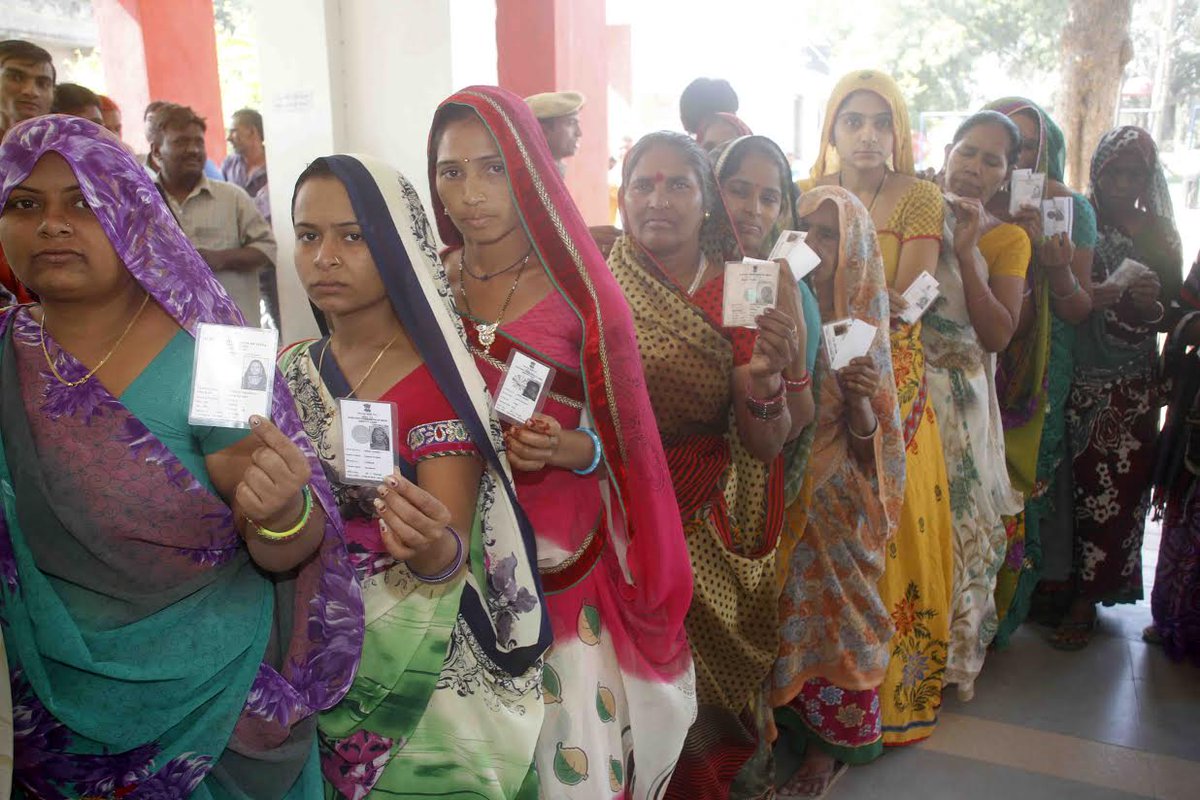 Gandhinagar: Presented here are the figures of voting percentages in Gujarat in past few Lok Sabha and assembly general elections.

As per the pattern seen in past, Lok Sabha turnout this year should stay below or at maximum around 60%.

However, it should be pointed out here that in past few elections, voting percentages have been on higher side. If we look at recently concluded two-phase of polling in other states, the average turnout has been over 69% (phase-1 – 69.45% and phase-2 – 69.43%), which is higher than year 2014 Lok Sabha polls turnout(all phases) by around 3%. In neighboring Maharashtra also in whatever seats that went to poll, the turnout so far has been all-over above 60%. If we go by this logic, then there’s a reason to believe that turnout in Gujarat should be around or above 60%.

If you go by campaign, agendas and general atmosphere, there has been no visible wave or excitement on the ground among common people. Therefore all eyes are on polling day.

Mobilization of voters on polling day will be very crucial for political parties on close-fight seats. Conventionally, higher voting results into more seats for BJP. However every election is unique in itself. State Congress claims that it has created its booth level structure and teams. It has to be seen whether it matches to BJP’s tasted and experienced election-day mechanism on the ground.

Not much excitement seen during campaign

More political awareness in recent years.Turnout overall up compared to past decades

2/2 Overall turnout in whatever number of seats that went to poll in first two phases in neighboring Maharashtra up compared to 2014. In Karnataka is DOWN when matched with 2014 but still above 60%. These two states are relatively comparable to make guess about Gujarat turnout. pic.twitter.com/2pZT3giWqm