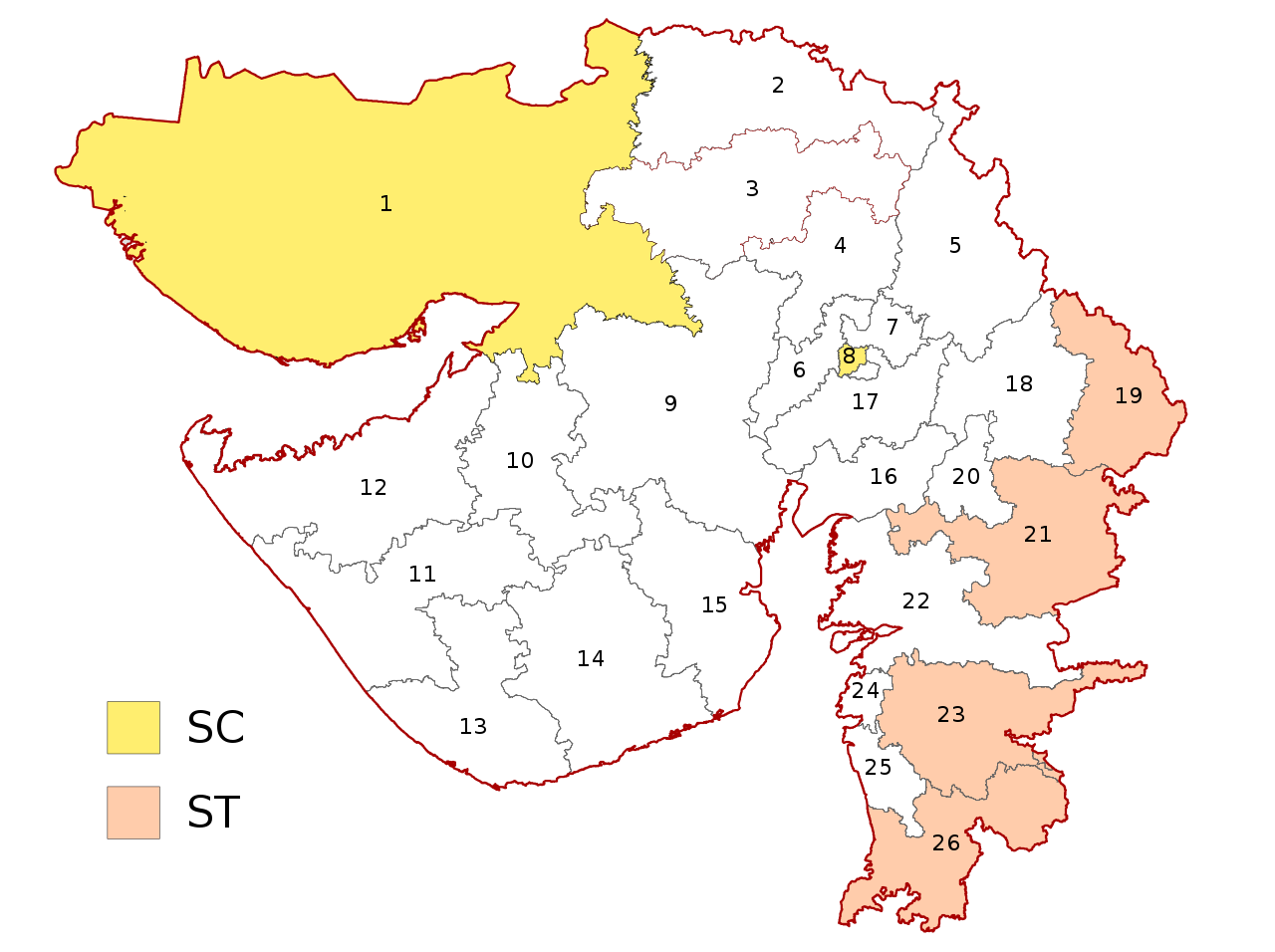 Gandhinagar: So why, several Lok Sabha seats are considered fight seats in Gujarat when BJP had won all 26 seats in 2014 Lok Sabha general elections? Well that is because of the figures of assembly poll results.

Political pundits believe that year 2014 Lok Sabha general election in Gujarat was once in a lifetime election because son of soil and then state Chief Minister Narendra Modi was contesting as Prime Ministerial candidate. The excitement to elect him as PM was not just limited to Gujarat. Even neighboring Rajasthan gave all Lok Sabha seats to BJP in 2014. Madhya Pradesh and Maharashtra also voted for BJP overwhelmingly. Never in the past any party had won all Lok Sabha seats in Gujarat. Even when Congress was on its peak in Gujarat, it couldn’t win all seats.

However there are some loopholes in making judgement of Lok Sabha election based on Vidhansabha election data.

So while, based on the assembly results of 2017, the seats listed above are considered close-fight ones, the reference point of 2017 is not full-proof.

Nevertheless, BJP has taken 2017 as reference point and made all that was possible to overcome the gaps. Alpesh Thakor and his two MLAs not working for Congress, Kunvarji Bavaliya joining BJP are some of the highlights.

Prime Minister’s rally post the announcement of election were all organised in ‘fight’ seats, starting with Junagadh, then Bardoli, Sabarkantha, Surendranagar, Anand, Amreli and last one at Patan. Amit Shah addressed public meetings in Banaskantha, Junagadh, Chhota Udepur and Valsad seats apart from his own constituency Gandhinagar. Before and after every public meeting, there were meetings with local organisation to assess the ground situation and fix the gaps. Chief Minister Rupani, State party chief Vaghani, State election incharge Om Mathur, State organisational general secretary Bhikhu Dalsaniya would continuously move from one seat to other. Vaghani and Rupani would address public meetings, but also hold organisational meetings in sideline. Their ears would be on the ground. Parshottam Rupala, a top campaigner whose speeches go viral and Mansukh Mandaviya would also move from place to place.

Scanty rain and scarcity of water had made situation for ruling party bit difficult. Banakantha had just 30% of rain last monsoon, Patan 38%. The government was aware about connection of poor rain to election verdict. Farmers of scarcity-hit talukas were given Rs. 12,000 in their bank accounts by the State government. Drinking water has not been an issue in Gujarat any more thanks to Narmada network but Narmada irrigation water could not be supplied in summers in last two years. It has to be seen, how much it impacts the election and how much success BJP achieves in its efforts to neutralize the effect.

The election has three layers as always –

Top layer: Overall message from the top (who should be the Prime Minister? Who should run the country for next five years?) in this election is in favour of BJP.

At this stage, maximum mobilisation of favourable voters in favourable areas in favour of party is a key remedy for BJP to fill the gaps that were witnessed in 2017. For win in Bardoli, Kamrej has to vote, for win in Chhota Udepur, Padra has to vote and likewise. The election is Modi-led but Sangathan oriented.