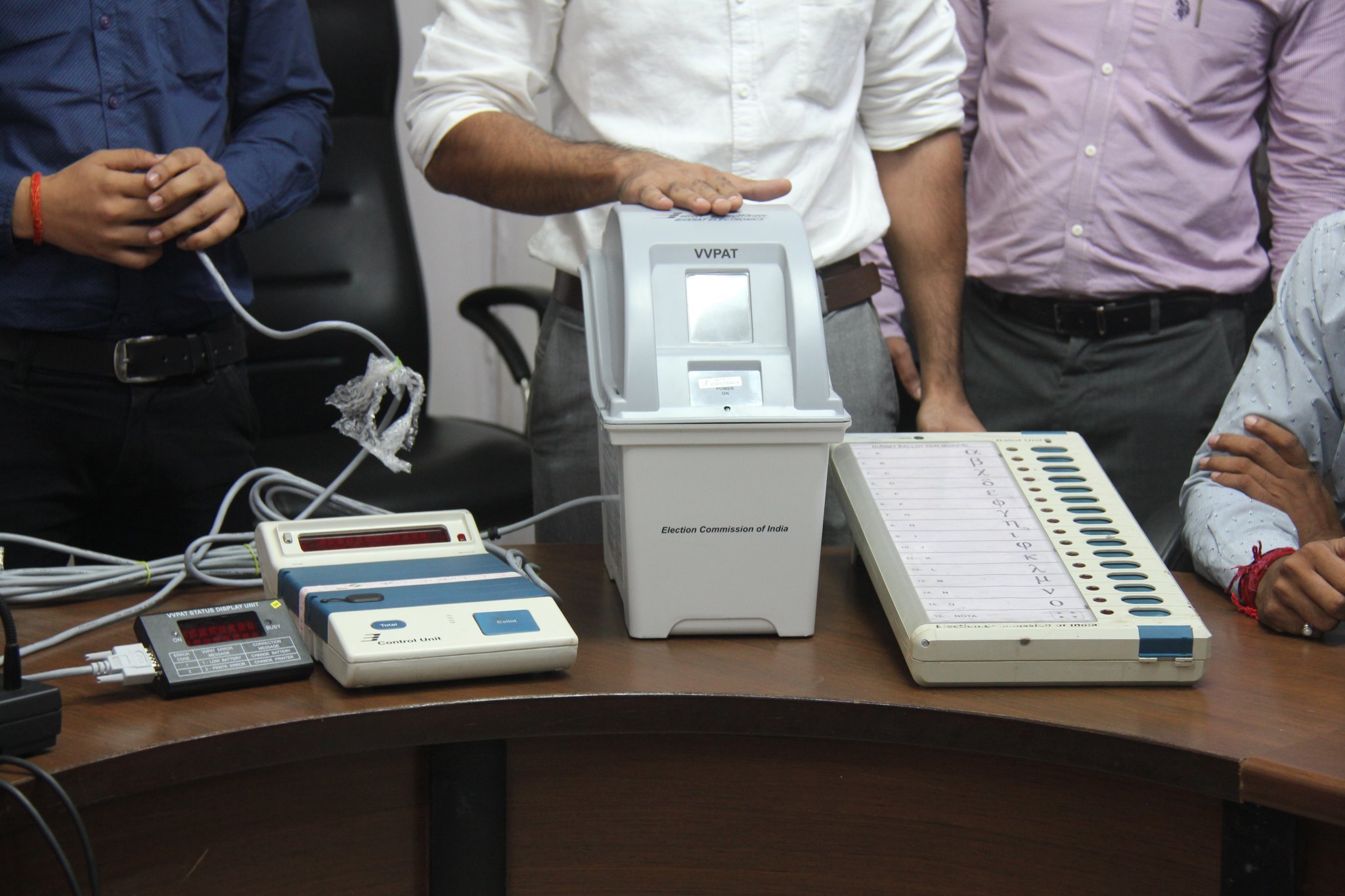 By Japan K Pathak, Gandhinagar: In almost every TV debate on Electronic Voting Machines (EVM), Congress friends mention it that BJP leaders LK Advani, Subramanian Swamy and GVL Narsimharao had on some point of time (starting from year 2010) opposed EVMs and that EVMs need to be abolished. Presented below are the facts pertaining to Advani, Swamy and GVL’s stand on EVM issue. All we can conclude is they had raised the issue of EVM reforms and not scraping of EVM system.

What Advani had said about EVM?

Senior BJP leader LK Advani had written a forward in a book ‘Democracy at risk’ in 2010. The book was written by another BJP leader GVL Narsimha Rao. Advani in his forward focused only on the need of introduction of VVPATs and thus he was voicing for EVM reforms and not abolition of EVMs. Here is what Advani wrote regarding EVM in said book:

‘……… Many states in USA have mandated that EVMs can be used only if they have a paper back-up. So manufacturers of electronic voting machines in USA have developed a technology referred to as Voter Verified Paper Audit Trail (VVPAT). Every voter who exercises his vote on the EVM gets a print out in a ballot box so that if there is any discrepancy in the machine either because of mal-functioning or because of mischief the paper ballots can be counted. Today 32 out of 50 states in the USA have passed laws making these VVPAT voting machines compulsory. The U.S. Congress has pending before it a federal law similar to that of the State laws. I think the Election Commission would be strengthening democracy if it contemplates similar legislation by the Indian Parliament also.’

So was BJP leader GVL was against EVMs? No. All he was seeking was EVM reforms.

Nowhere in the world EVM reform was possible quickly. Our EVM reform is on anvil. U.S. waiting for 5 yrs for voting reform without success.

He was seeking the U.S. style EVM reform (introduction of VVPAT).

In April 2017, the union cabinet approved procurement of VVPAT units for the general elections of Lok Sabha 2019 at an estimated cost of Rs. 3100 crore.

But one man who fought legal battle for VVPAT was Dr. Subramanian Swamy. He was never against EVMs as portrayed by Congress TV debate panelists. He was against the use of EVMs without VVPAT slip.

: My Petition was upheld by SC in 2013. The Court asked me how to make EVM rig proof. I suggested VVPAT. This SC directed.

The nationwide introduction of VVPATs is thanks to Dr. Swamy(albeit as Janata Party president). Have a look at Dr. Swamy’s relevant tweets:

I deserve some praise for filing the PIL to demand VVPAT for EVMs and succeed in SC. The CJI Sadasivam in his order had praised me.

At last ECI is implementing my demand for VVPAT in all constituencies as per assurance given on my Petition by the Supreme Court in 2013. No one has does anything constructive. They have only screamed about rigging

: After VVPAT it is certain that EVMs cannot be rigged. Only Voter Roll can be but that if the other parties do not scrutinise it.

: When I was arguing my case for EVM amendment with VVPAT these very people were opposing me. The UPA Govt counsels in the case objected to my arguments. Biter bit

It’s worth noting that nationwide rollout of VVPATs became possible due to Swamy’s legal fight, GVL’s fight outside the court, backed by Advani and a prompt decision of Modi led BJP government to procure VVPATs worth over Rs. 3,000 crore for nationwide rollout for year 2019 general elections after the Supreme Court order. As Dr. Swamy said in a tweet, Congress-led UPA government had opposed him in EVM reform case in the court.