Prime Minister Modi and party chief Shah will arrive at Sardar Patel airport at 5.00 pm and offer floral tributes to Sardar Vallabhbhai Patel at Patel’s statue at the airport.

A human chain will be formed from Sardar Patel statue to airport circle. As many as 22 stages will be set up on both sides of the road to host cultural performances, said BJYM leader Ritvik Patel who was present at the airport to oversee the preparations.

Modi and Shah will pass through Dafnala cross road, Riverfront and arrive at old State BJP headquarters at JP chowk in Khanpur area of wall city. The old state headquarters is presently used at party’s city office. This is the same place where Modi would live in one room as Gujarat BJP’s organizational secretary way back in late 1980s and 1990s. 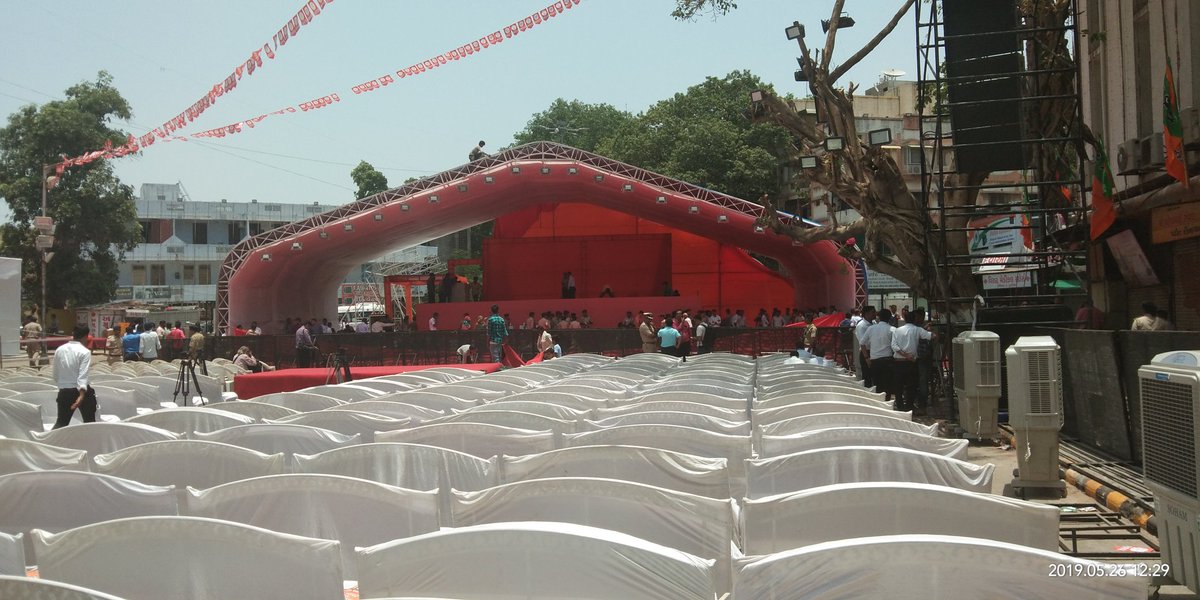 JP chowk is a place where Modi would address public meetings after every major victory of BJP in Gujarat, be it local elections, assembly elections or Lok Sabha elections.

PM Modi and Shah will address this ‘Abhar darshan jansabha’ and convey thanks to the people for giving all 26 of 26 seats to BJP once again.

The Prime Minister will have night-halt at Raj Bhavan in Gandhinagar and visit mother Hiraba to take her blessings at younger brother’s house in Raysan area of Gandhinagar before leaving for Delhi.