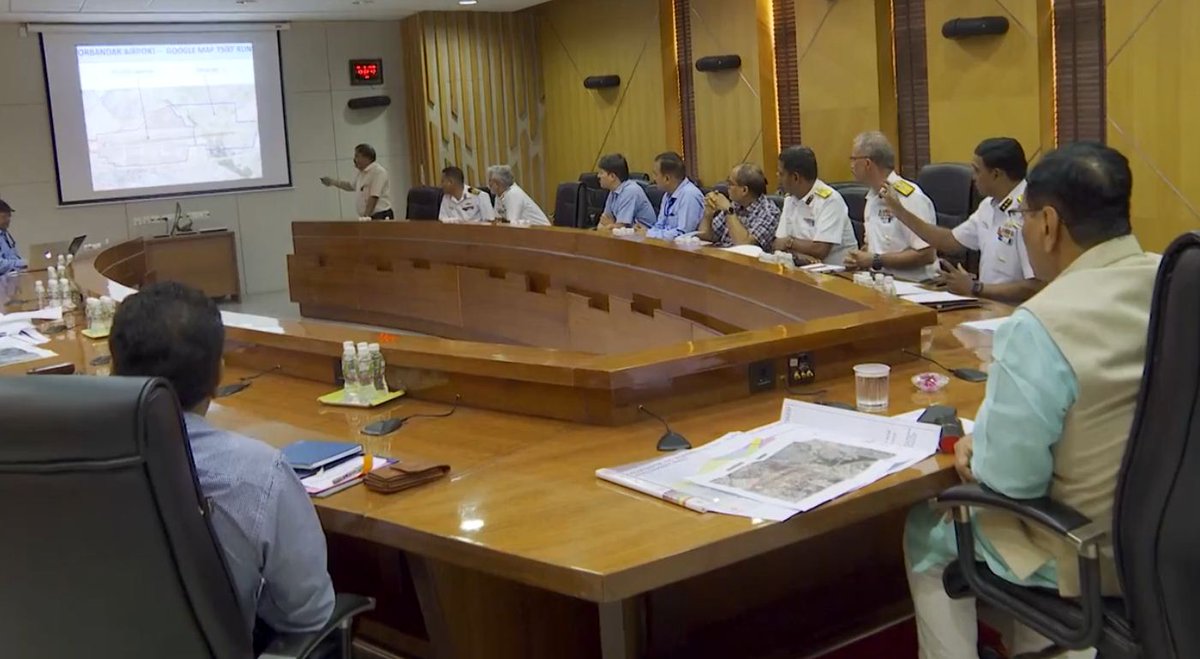 Gandhinagar: Expansion of Porbandar airport runway and allocation of necessary land for that project, new airstrip near Rajpipla and infrastructure development of proposed Rajkot and Dholera international airports were some of the issues that were discussed today in a meeting between Gujarat government and Airport Authority of India, chaired by Gujarat Chief Minister in presence of Gujarat cadre IAS Guruprasad Mahapatra who is currently heading the Airport Authority of India(AAI).

According to statement issued by the State government, Porbandar airport’s runway will be expanded from 1372 meter to 2600 meter in order to cater the movements of more civilian and military flights. Airport Authority of India will prepare a feasibility report on possibility of allocation of land for runway expansion in Porbandar to the State government.

The statement said, the district administration of Narmada was coordinating with AAI for allocation of land to develop an airstrip near Rajpipla which can be used to cater growing tourist traffic at the Statue of Unity.