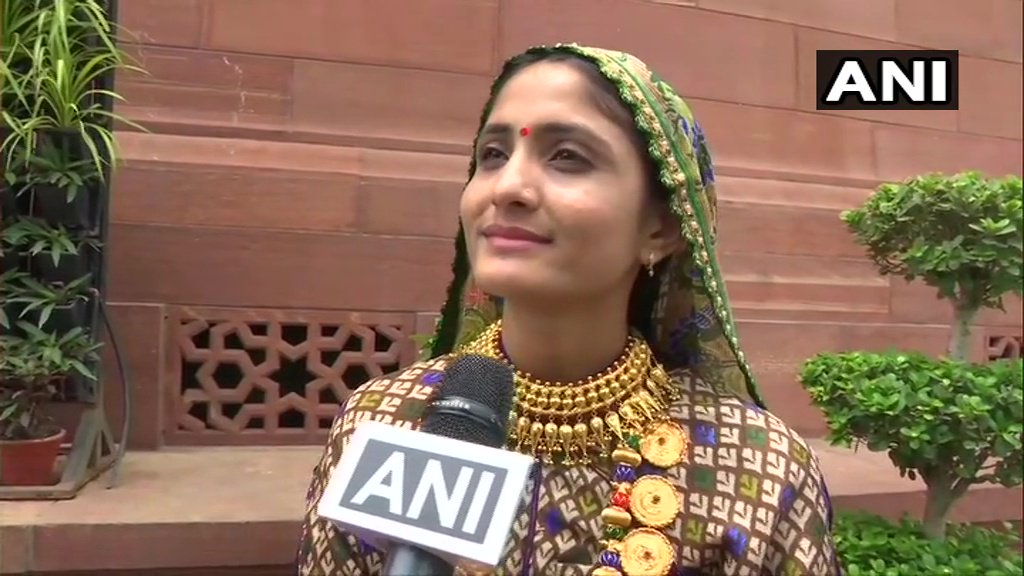 Gita after meeting the Prime Minister said, ‘I first met Modiji when I was a child, I sang in a school, he awarded me Rs. 250 and asked me to keep practicing. We are maldhari (nomad) people who live in jungle. My father received a post card of ‘Beti Bachao, Beti Padhao’ message and then he sent me to school.’

Gita told news agency ANI that her song ‘Rona Sherma Re’ has completed 25 crore views on Youtube. She said she dedicates this song to Shri Narendra Modi. She said she had come here to seek blessings of Shri Modi. The meeting was very good and he gave blessings.

During her talk with ANI, Gita also sang a song written by her in admiration of Shri Modi. 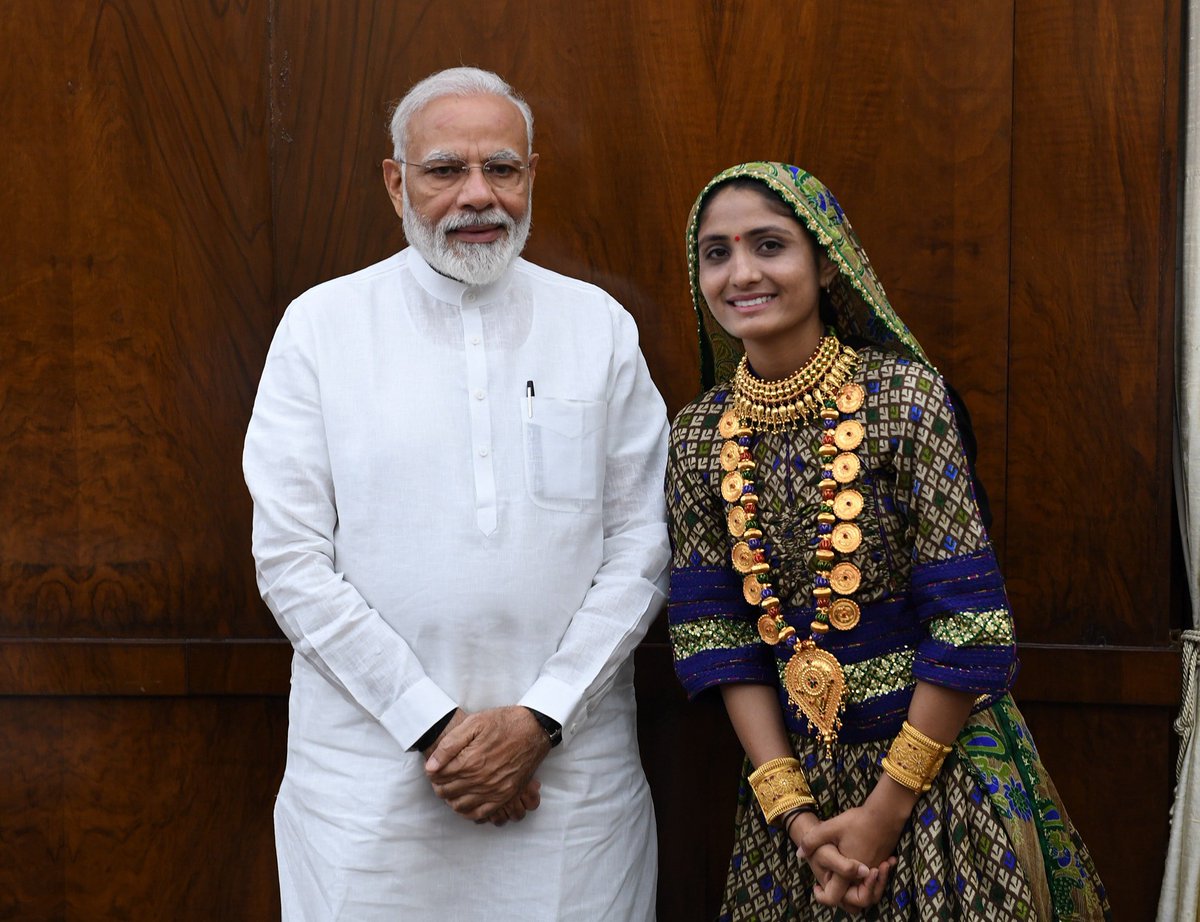 Geeta Rabari is a young and prolific singer from Gujarat, whose works have enthralled Gujaratis globally! I remember encouraging her to pursue singing when she was a child and today, I had the opportunity to interact with her. It was wonderful to know more about her experiences. https://t.co/WltG1oDDyl

People like Geeta Rabari inspire our society. Belonging to a humble background, she dedicatedly pursued her passion of singing and excelled. I am deeply impressed by her efforts to popularise Gujarati folk music among youngsters. Best wishes for her future endeavours. pic.twitter.com/UF59HwPsPd