‘Rajadhiraj’ – fusion of Art, Literature and Music – on Lord Dwarkadheesh unveiled in Ahmedabad 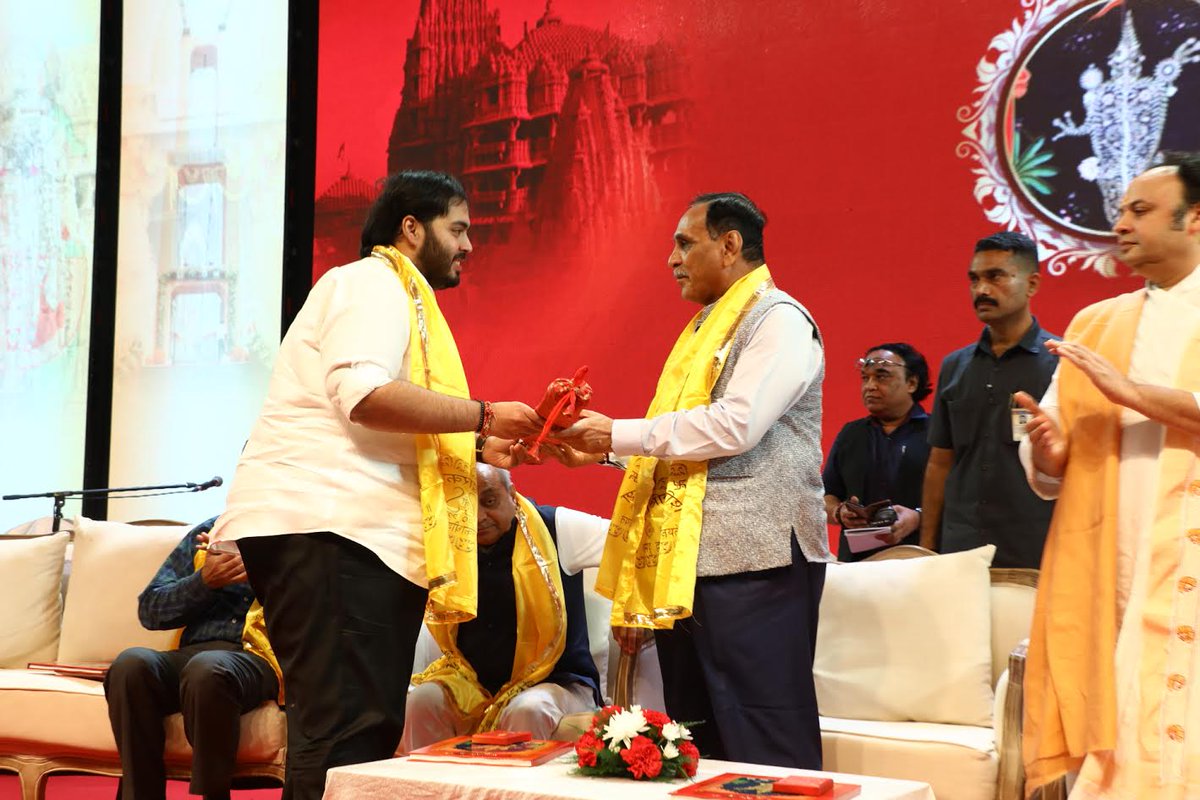 ‘Rajadhiraj’ is a novel initiative by Shri Dhanraj Nathwani, Vice Chairman of Dwarka Mandir Vyavasthapan Samiti and Group President of Reliance Industries Ltd.He has provided,through this initiative,a unique identity to Lord Dwarkadheesh and pilgrimage Dwarkaand put them on a higher plateu of wider popularity. 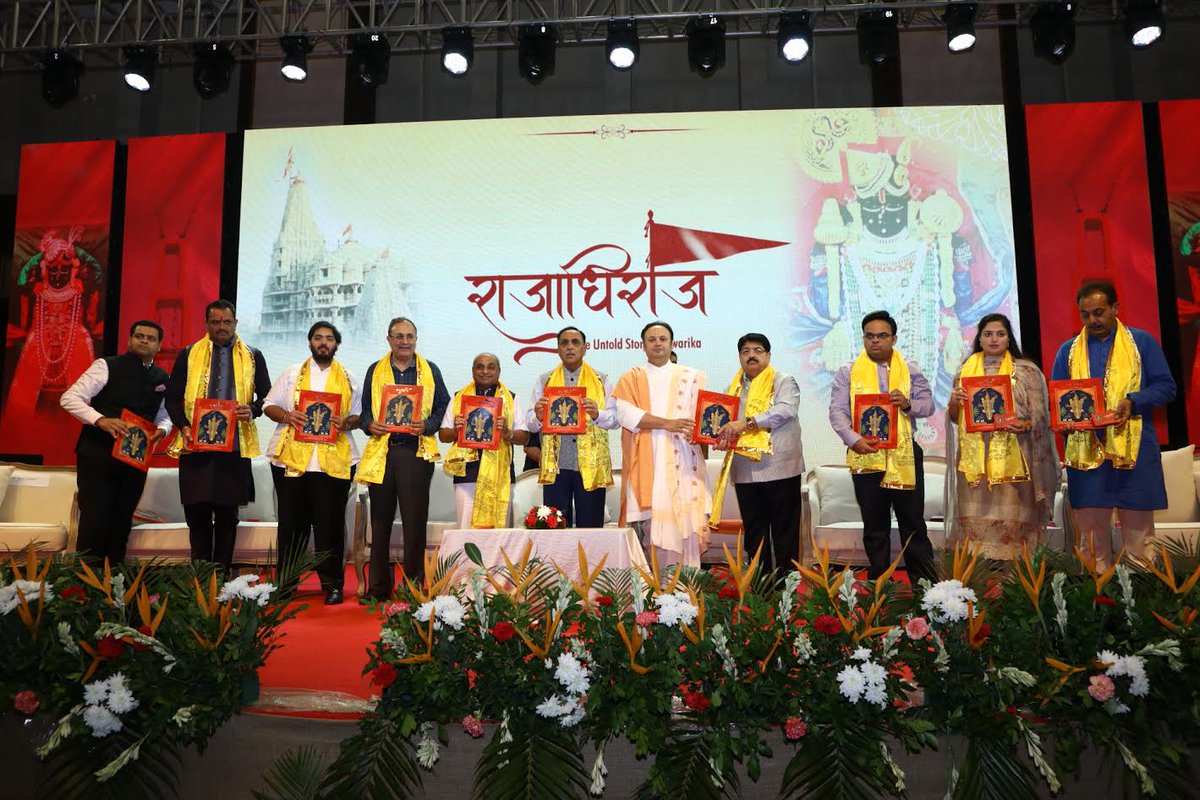 Badrinath in North, Jagannath puri in East, Dwarka in West and Rameshwaram in South are four holy pilgrameges and the devotees believe that Lord Krishna meditates in Badrinath, eats in Jagannathpuri, baths in Rameshwaram and rules from Dwarka! We all live with this faith,” said Shri Dhanraj Nathwani, while welcoming the guests. Shri Dhanraj Nathwani, the brain behind ‘Rajadhiraj’, said that earlier my father, who is Senior Group President of Reliance Industries and Member of Rajya Sabha, Shri Parimal Nathwani had released a music album ‘Bhaj Dwarkesh’ on Lord Dwarkadheesh in 2007, in which the bhajans sung by famous singers Shri Ashit Desai and Smt. Hema Desai became very popular. His faith and belief in Lord Dwarkadheesh inspired me and I am fortunate that I persue the legacy of my father. 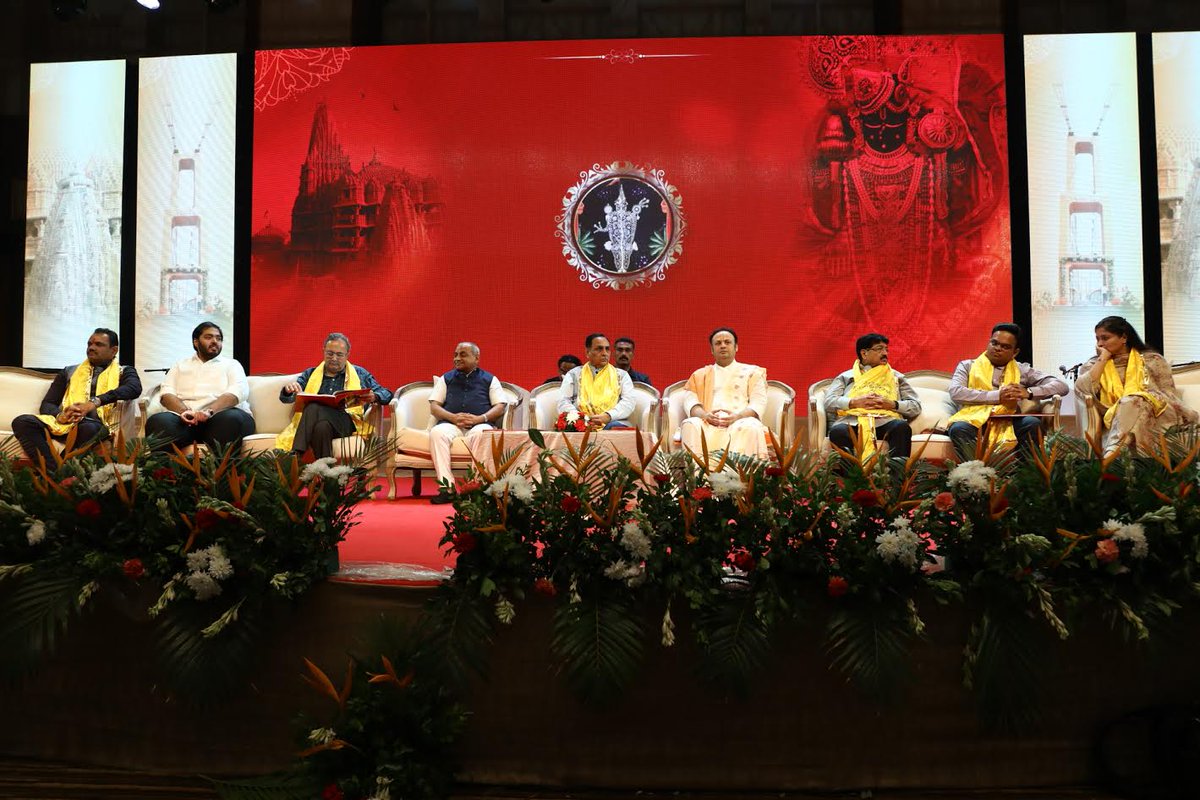 He further said, “I have always felt that by and large tales of Krishna’s childhood are more popular than His life and role as Dwarkadheesh. I wanted to do something on this other aspect of Krishna’s life. All these three creations worked out so well that I once again experienced the miraculous grace of Rajadhiraj Krishna as Dwarkadheesh. It is indeed a matter of pride and pleasure for me.” 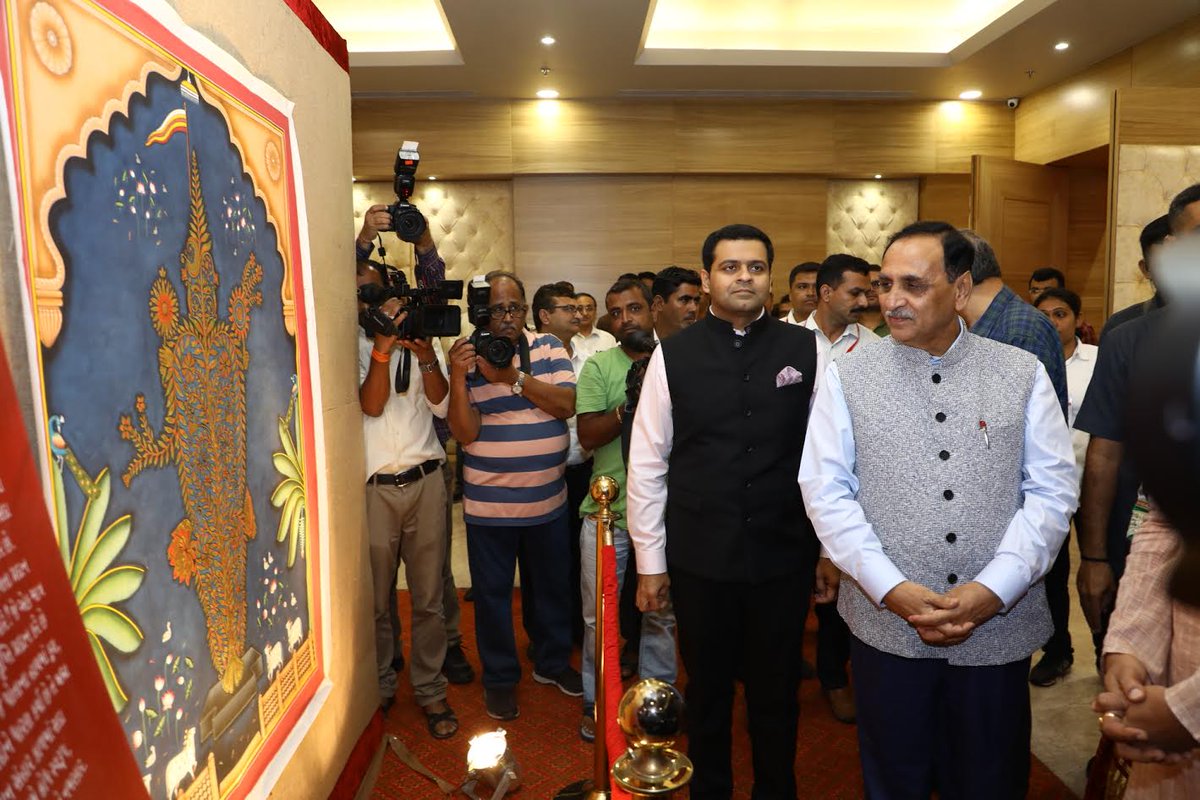 Senior Group President of Reliance Industries Ltd and Member of Rajya Sabha Shri Parimal Nathwani, while proposing vote of thanks, said“When I was told about Dhanraj’s initiative Rajadhiraj, I had not imagined that it would be as glorious and impressive as we all witnessed its culmination today. The splendorous way and the grand scale on which Rajadhiraj was planned and presented is something wonderful. It is more than enough to reinforce and enhance our faith and devotion in Rajadhiraj Dwarkadheesh. I congratulate Dhanraj and all those associated with this initiative for the fantastic work put up by them.”