Water level in Sardar Sarovar dam at all time high 132.33 meters despite opening of gates and heavy outflow 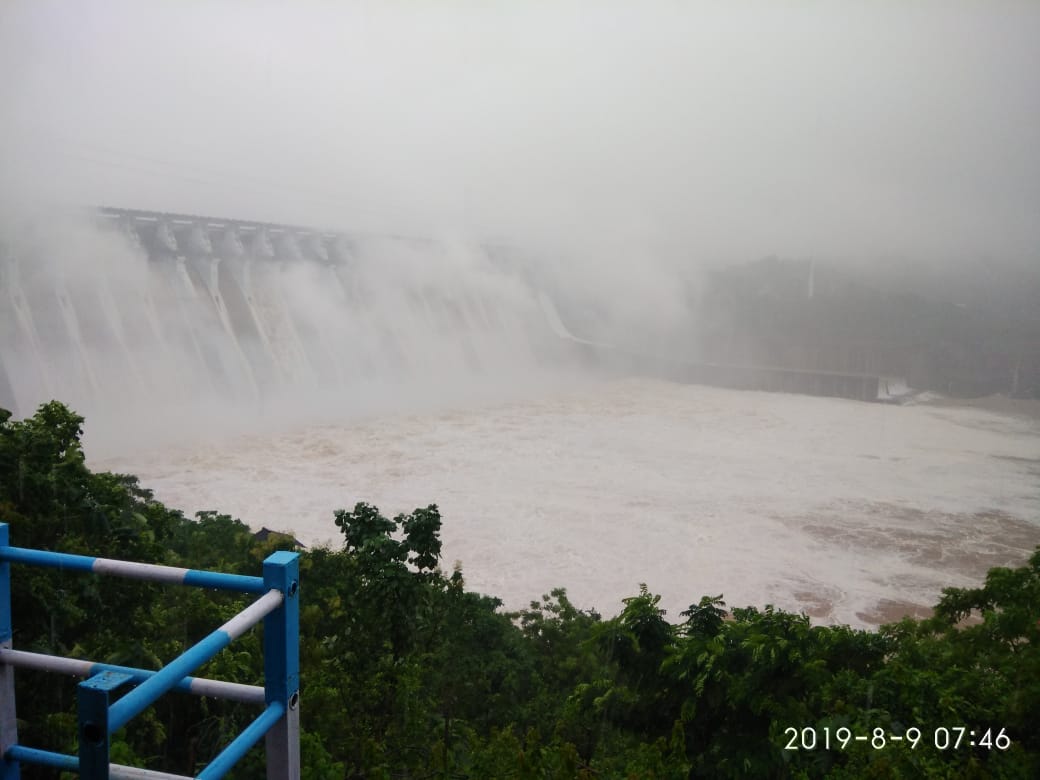 Vadodara:
The water level of Sardar Sarovar Narmada Dam reservoir,
known as the life-line of water supply in Gujarat, is continuously
rising despite opening of gates and has reached all time high at
132.33 meters at 5 pm today.

According to the official information received from the Narmada
flood control office here the inflow was 166630 cusec while the total
outflow was 105584 cusec. The live storage of water in the reservoir
that supplies drinking water to 167 towns and more than 10 thousand
villages, was 3783.50 Million Cubic Meter (MCM) which was 65.68% of
total live storage capacity. The Gross storage at 7483.5MCM was 79.1%
of total gross storage capacity.

Due to heavy inflow five of the 30 gates of the dam were
opened up to 1.6 m to discharge water.
Notably, the gates installed on the Sardar Sarovar Narmada dam in
2017 taking the maximum height of the reservoir to 138.68 m from
121.92 m, were opened for the first time in the morning of August 9
this year to release water even as the water level in its reservoir
touched a record all time high of that time at 131.45 m due to heavy
inflow caused by heavy to very heavy rain in the catchment areas of
river Narmada.
Due to the discharge of water in river from the reservoir, all
the six units of the river bed hydel power production system which
have been started after two years are operational today as well. It
houses six 200 MW Francis pump-turbines to generate electricity and
include a pumped-storage capability. Additionally, a power plant on
the intake for the main canal ie canal bed contains five 50 MW Kaplan
turbine-generators. Two of these were currently operational .The total
installed capacity of the power facilities is 1,450 MW.
During earlier two years the highest level of the dam
achieved was 130.75 reached on September 25, 2017.

It supplies water for drinking and other domestic needs to
around 167 towns and more than 10000 villages of the state in which
more than half of the population resides.