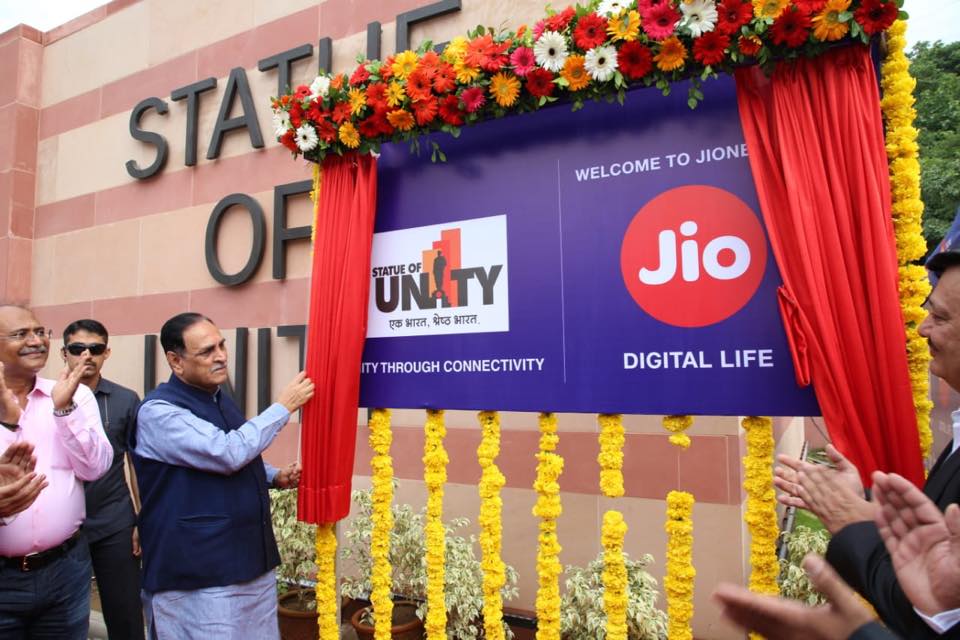 Bharuch: A free wifi internet service was launched today at Statue of Unity site in Narmada district where the tallest statue of the world featuring Sardar Vallabhbhai Patel is located.

The service was launched by Chief Minister Rupani. The service has become possible with cooperation of Reliance Jio.

The Chief Minister while speaking to media persons said the government was developing a ‘Vishwa Vann’ (world forest) here which shall have varieties of plants from allover the world.

He said, another attraction to be developed is Jungle Safari where visitors will be able to see giraffe, rhino and other varieties of animals.

He said, the government was also adding Butterfly Park and Cactus Garden as newer tourist attractions to statue of Unity tourism circuit.

He said the government would make Kevadiya as ‘total tourism centre’ by October 15. The Chief Minister also said that light arrangement will be done here in a way that visitors will also be able to visit the places in the evenings. He said the government was planning new tourist attraction near Statue of Unity to make sure that visitors come here with family and stay here for three days.