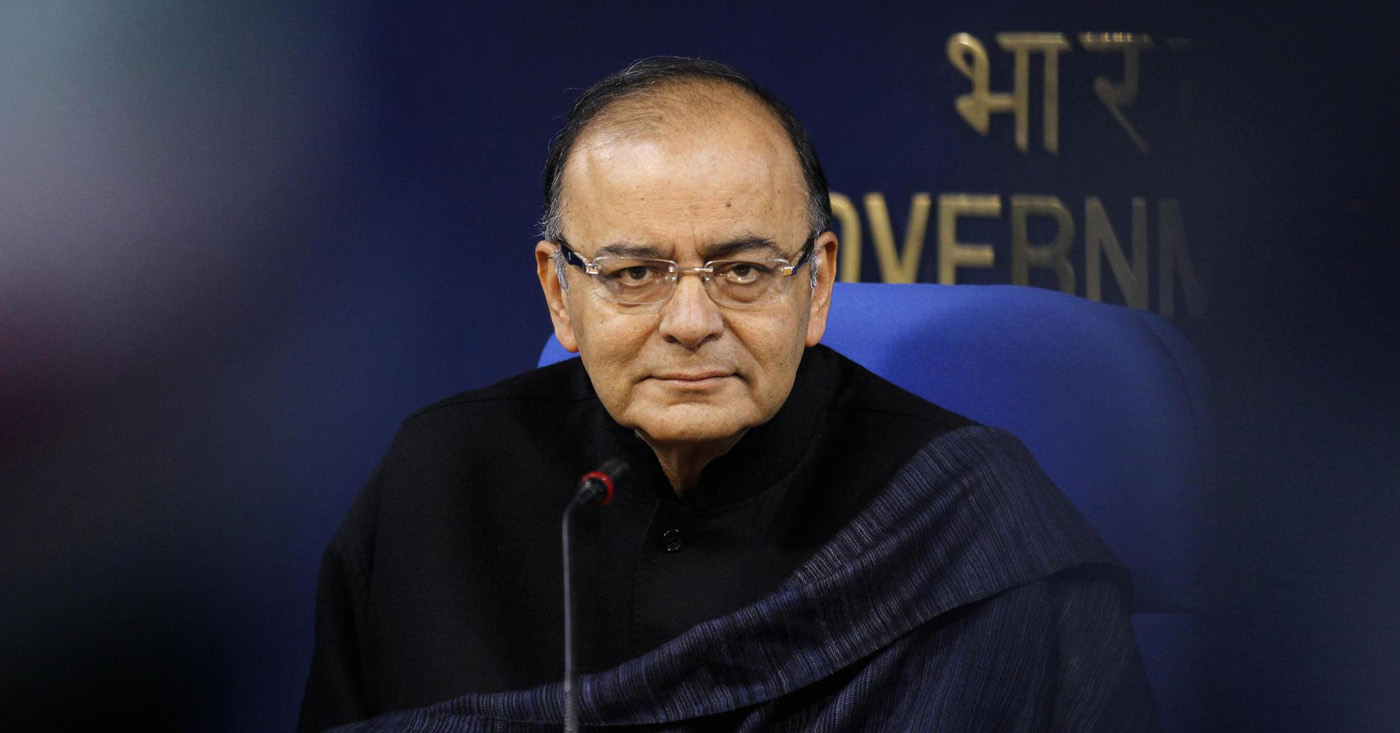 New Delhi:Former union minister and senior Bharatiya Janata Party (BJP) leader Arun Jaitely passed away here on Saturday at the All India Institute of Medical Sciences. He was 66.

“It is with profound grief that we inform about the sad demise of Shri Arun Jaitley, Hon’ble member of Parliament and former finance minister at 1207 hrs on 24th August, 2019.” the hospital confirmed in a statement.

He was admitted in AIIMS on August 9 and was being treated by a multidisciplinary team of senior doctors.

Jaitley — one of the prominent faces of Indian politics — had also undergone a renal transplant on May 14 last year at AIIMS.

Arun Jaitley Ji was a political giant, towering intellectual and legal luminary. He was an articulate leader who made a lasting contribution to India. His passing away is very saddening. Spoke to his wife Sangeeta Ji as well as son Rohan, and expressed condolences. Om Shanti. Full of life, blessed with wit, a great sense of humour and charisma, Arun Jaitley Ji was admired by people across all sections of society. He was multi-faceted, having impeccable knowledge about India’s Constitution, history, public policy, governance and administration. During his long political career, Arun Jaitley Ji held multiple ministerial responsibilities, which enabled him to contribute towards India’s economic growth, strengthening our defence capabilities, creating people friendly laws and enhancing trade with other nations. BJP and Arun Jaitley Ji had an unbreakable bond. As a fiery student leader, he was at forefront of protecting our democracy during the Emergency. He became a much liked face of our Party, who could articulate the Party programmes and ideology to a wide spectrum of society. With the demise of Arun Jaitley Ji, I have lost a valued friend, whom I have had the honour of knowing for decades. His insight on issues and nuanced understanding of matters had very few parallels. He lived well, leaving us all with innumerable happy memories. We will miss him!

Arun Jaitley Ji was a political giant, towering intellectual and legal luminary. He was an articulate leader who made a lasting contribution to India. His passing away is very saddening. Spoke to his wife Sangeeta Ji as well as son Rohan, and expressed condolences. Om Shanti.

PM speaks to Arun Jaitley’s wife and son, and expresses his condolences. Both of them insisted that PM does not cancel his current foreign tour

Gujarat Chief Minister pays tribute to Arun Jaitley, recalling his representation from Gujarat in Rajay Sabha, his contribution for integrated development of Chanod Karnali pilgrim place in Gujarat, economic reforms he introduced as FM and his dedication as BJP leader pic.twitter.com/cxBDYRVd4C 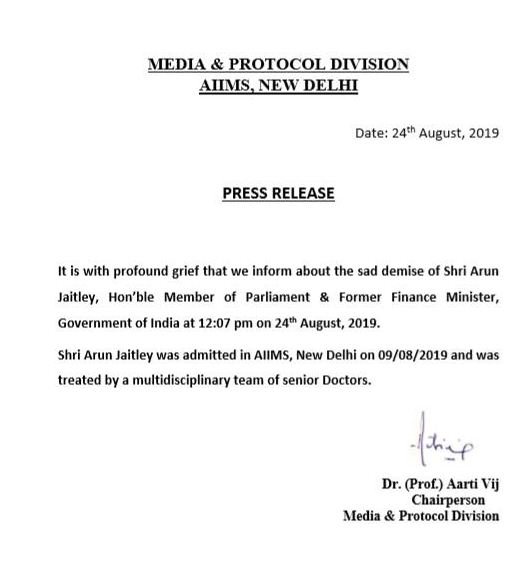